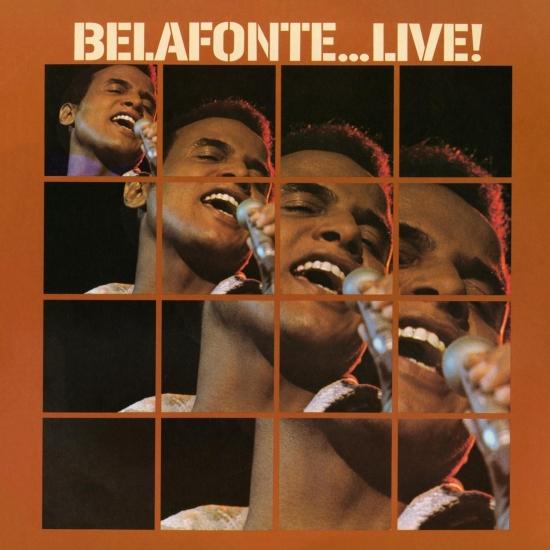 „Hot on the heels of his 'comeback' album, Calypso Carnival, RCA released this double LP of Harry Belafonte performing live at the O'Keefe Centre in Toronto, Canada. Like the Belafonte Returns to Carnegie Hall package, this album features standout guest artists in the person of South African singer Letta Mbulu and gospel artist Ella Mitchell. Hearkening back to the Swing Dat Hammer album, Belafonte led off the concert with the chain gang song 'Look Over Yonder,' in a medley with 'Be My Woman Gal.' Another highlight from Belafonte's solo section was an exciting version of Woody Guthrie's 'Pastures of Plenty.' Mbulu's four-song segment is riveting, recalling the work of her compatriot, Miriam Makeba. Easily, the highlights of the album were Belafonte's audience participation number of the day, the calypso 'Out de Fire,' and the 'Carnival Medley,' consisting of a well-constructed sequencing of calypso tunes identified with Belafonte. An interesting inclusion in the latter is that of 'Marianne,' a song Belafonte never committed to vinyl before (the hit was by the Easy Riders). This album stands along with his three other double-live concert albums as an example of why Harry Belafonte has been one of the world's most popular entertainers for over four decades.“ (Cary Ginell, AMG)
Harry Belafonte, vocals
Letta Mbulu, vocals (on 'Mahlalela', 'Nonqonqo', 'Mamani', 'Qonqoza“)
Ella Mitchell, vocals (on 'Brother Moses', 'Someone Is Standin' Outside', 'Oh Brother“)
Sivuca, vocals, accordion
The Howard Roberts Chorale, vocals
Recorded 1972 at O'Keefe Centre, Toronto, Canada
Engineered by George Semkiw, Bob Simpson, Hayward Parrott, Paul Emile Mongeau
Produced by Jack Pleis, John Cartwright
Digitally remastered