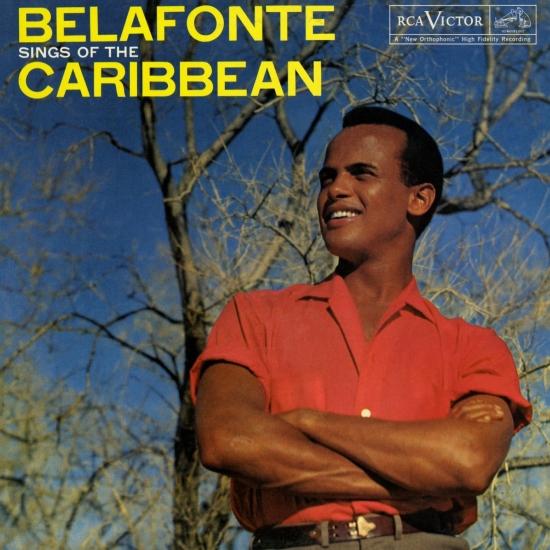 Info for Belafonte Sings of The Caribbean

„Belafonte's second album of songs from the West Indies expanded the scope in both style as well as geography from the Calypso album. As in that album, his chief collaborator was the prolific Irving Burgie. For the first time, we hear Belafonte sing one of the famous wry calypso tunes based on historical happenings. 'Love, Love Alone' dealt with the abdication of King Edward VII to marry the American widow, Mrs. Wallis Simpson. Also on the album are the ballads 'Haiti Cherie' and 'Island in the Sun,' the latter the theme song from the motion picture starring Belafonte and Joan Fontaine. The songs are catchy and melodic, and the accompaniment has been stepped up to feature an orchestra, conducted by longtime Belafonte orchestra leader Robert DeCormier (aka Bob Corman). Note: the Japanese release replaces three tracks with 'I Do Adore Her,' from Calypso, plus two RCA Victor singles that were never on LP in the U.S.: 'Venezuela' and 'Mama Look a Boo Boo.“ (Cary Ginell, AMG)
Harry Belafonte, vocals
Millard Thomas, guitar
Frantz Casseus, guitar
Victor Messer, guitar
Produced by Joe Carlton
Digitally remastered