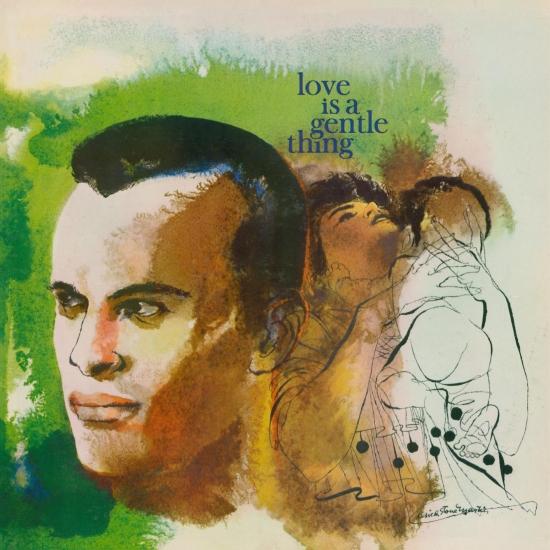 Info for Love is a Gentle Thing (Remastered)

„Unlike other pop vocalists, Harry Belafonte considered each album as an individual work with a central theme, not just another collection of standards. Despite his continuous exploration of folk music idioms, Belafonte has been consistently placed in the 'popular male vocal' section of record stores. This album contains a selection of ballads, lullabies, and love songs. It leads off with the tender 'Fifteen,' which was inexplicably shoe-horned into the MGM film, The World, The Flesh, And The Devil which starred Belafonte as a survivor of a nuclear holocaust. Of the tunes included in the album, the best of which are the Weavers' Lee Hays' 'Times Are Gettin' Hard' and John Jacob Niles' 'Go 'Way From My Window.' But the lack of variety makes this album somewhat of a bore when compared to some of the more exciting Belafonte product of the 50s and early 60s.“ (Cary Ginell, AMG)
Harry Belafonte, vocals
Bob Corman, arranger, conductor
Alan Greene, arranger, conductor
Recorded in New York and Hollywood, 1958
Produced by Ed Welker
Digitally remastered