Streets I Have Walked Harry Belafonte 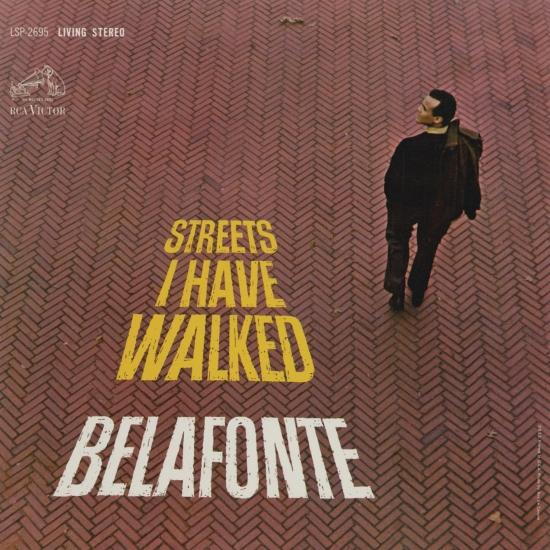 Info for Streets I Have Walked

„This is another of Belafonte's attempts to musically circumnavigate the globe, performing songs from a variety of world cultures. Songs from the West Indies, once a major portion of his repertoire, were reduced to one on this album. Joining him on this album is a junior high school choir from Queens, New York. The album is geared more toward children than Belafonte's previous efforts; included are such favorites as Woody Guthrie's 'This Land is Your Land,' the Australian classic 'Waltzing Matilda,' and the American cowboy song 'My Old Paint (I Ride an Old Paint).' Highlights include the Japanese court song, 'Sakura,' the beautiful Israeli love song, 'Erev Shel Shoshanim,' and a South African song of celebration, 'Mangwene Mpulele,' which was also sung by Theodore Bikel on his first Elektra 12-inch LP, An Actor's Holiday. By this time, Belafonte was becoming somewhat of a world ambassador; he relates his experiences in the album notes, his first.“ (Cary Ginell, AMG)
Harry Belafonte, vocals
William Eaton, guitar
Ernie Calabria, guitar
Jay Berliner, guitar
John Cartwright, bass
Percy Brice, drums
Ralph MacDonald, percussion
Springfield Gardens Junior High School No. 59 Choir
Howard Roberts, direction
Engineered by Bob Simpson
Produced by Bob Bollard
Digitally remastered