Fables Of The Reconstruction R.E.M. 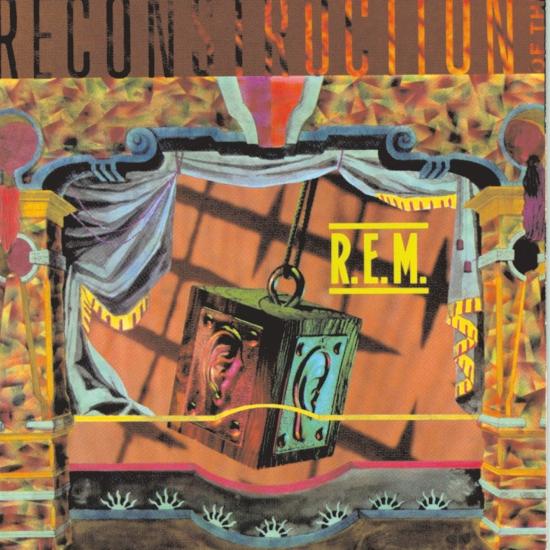 Info for Fables Of The Reconstruction

„Fables Of The Reconstruction“ finds R.E.M.'s star rising fast. With major label world domination still comfortably off in the future, the band was still experimenting; their jangly frenetic sound was deepening by fathoms, and Michael Stipe's formless rants were solidifying (his diction was improving, too, which only served to clarify his prodigious poetic gift). The album featured some of the group's most solid pop songcraft to date, as well as some pretty heady meandering ("Feeling Gravity's Pull").
„Fables Of The Reconstruction“ produced some important hits for the group at this crucial juncture of its career. Radio staples like "Driver 8" kept them popular with the increasingly important college crowd (heretofore their bread and butter), while the crisp, jumpy and irresistibly catchy "Can't Get There From Here" brought them to a new level on the now-essential music video playlists. Diehard fans, however, were drawn to some quintessential R.E.M. moments--the overlapping vocals of "Maps And Legends" and the wistful, soaring "Wendel Gee," the album's real gem, a disarming, dreamy, instant classic.
„Rather than settling into predictability, 'Fables of the Reconstruction' finds R. E.M. confident enough of its direction to freely experiment with its sound." (Rolling Stone)
"...FABLES... is both REM's most impenetrable and fulfilling release to date....FABLES... is...etched with paranoia, slooooowly-strangled guitars and...the sound of four young Athenians who were neither shiny nor happy. NME Magazine)
Michael Stipe, vocals
Peter Buck, guitar
Mike Mills, bass, vocals
Bill Berry, drums
Additional musicians:
Camilla Brunt, violin
Phillipa Ibbotson, violin
David Newby, cello
Pete Thomas, tenor saxophone
David Bitelli, tenor and baritone saxophones
Jim Dvorak, trumpet
Recorded at Livingston Studios, London, England in March 1985
Engineered by Jerry Boys, Tony Harris and Barry Clempson
Produced by Joe Boyd
Digitally remastered