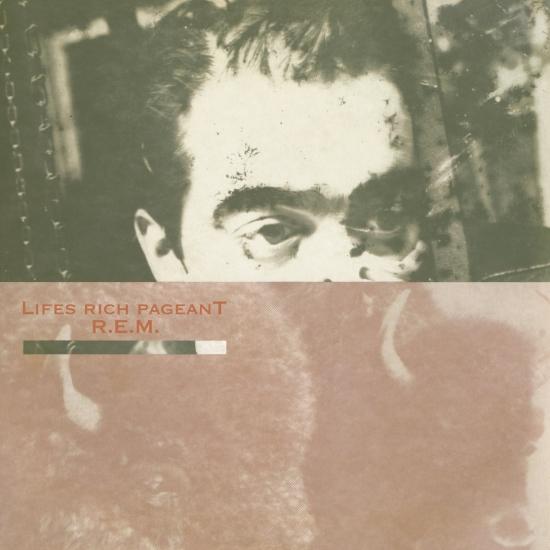 Released in 1986, Lifes Rich Pageant is R.E.M.’s fourth studio album, recorded by vocalist Michael Stipe, guitarist Peter Buck, bassist Mike Mills, and drummer Bill Berry at John Mellencamp’s Belmont Mall Studios in Indiana. Produced by Don Gehman, renowned for producing a string of punchy, soulful heartland-rock albums by Mellencamp, Pageant includes the singles “Fall On Me” and “Superman.” The album was R.E.M.’s first to achieve Gold certification status, and it reached No. 21 on the Billboard 200 albums chart, the band’s then-highest chart position. „Lifes Rich Pageant“ has been largely overshadowed by its more commercially successful follow-ups, but it remains one of R.E.M.'s strongest albums.
„Fables of the Reconstruction was intentionally murky, and Lifes Rich Pageant was constructed as its polar opposite. Teaming with producer Don Gehman, who previously worked with John Mellencamp, R.E.M. developed their most forceful record to date. Where previous records kept the rhythm section in the background, Pageant emphasizes the beat, and the band turns in its hardest rockers to date, including the anthemic 'Begin the Begin' and the punky 'Just a Touch.' But the cleaner production also benefits the ballads and the mid-tempo janglers, particularly since it helps reveal Michael Stipe's growing political obsessions, especially on the environmental anthems 'Fall on Me' and 'Cuyahoga.' The group hasn't entirely left myths behind -- witness the Civil War ballad 'Swan Swan H' -- but the band sound more contemporary both musically and lyrically than they did on either Fables or Murmur, which helps give the record an extra kick. And even with excellent songs like 'I Believe,' 'Flowers of Guatemala,' 'These Days,' and 'What if We Give It Away,' it's ironic that the most memorable moment comes from the garage rock obscurity 'Superman,' which is sung with glee by Mike Mills.“ (Stephen Thomas Erlewine, AMG)
Michael Stipe, lead vocals, backing vocals on 'Superman'
Peter Buck, guitar, banjo
Bill Berry, drums, backing vocals
Mike Mills, bass, backing vocals, piano, pump organ, lead vocals on 'Superman'
Recorded April–May 1986 at Belmont Mall Studios, Belmont, Indiana
Produced by Don Gehman
Digitally remastered