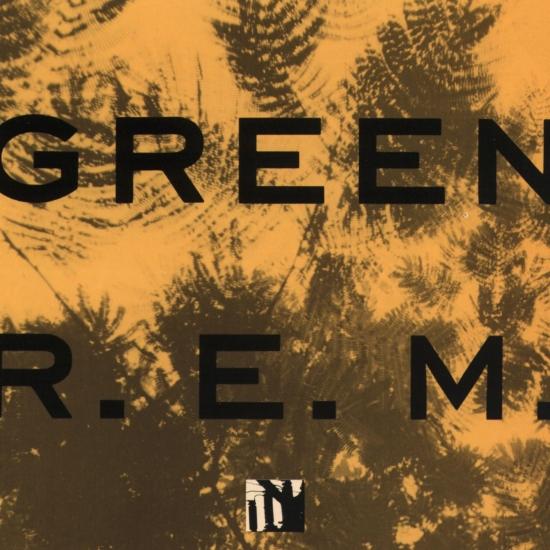 On Green, R.E.M. dares to think positive. Songs like 'Stand,' 'Get Up,' 'World Leader Pretend' and 'The Wrong Child' are a continuation of the upbeat call to arms sounded on Document's 'Finest Worksong.' It was no coincidence that such a hopeful record was released on an election day whose outcome was a foregone conclusion. Now is not the time for despair, R.E.M. seems to be saying, but for a redoubling of efforts.
Having made the leap from a small label, I.R.S., to a monolithic major one, Warner Bros., R.E.M. hasn't sold out; rather, the band has taken the opportunity to crack open the shell it's been pecking at since it recorded its first album. On Green, R.E.M. acknowledges the outside world with a slew of musical references and some relatively pointed lyrics.
As Michael Stipe's vocals get more distinct, so does his message — instead of meaning almost anything you want them to, his noticeably improved lyrics seem to be about at most two or three different things. Stipe even makes an effort to enunciate. And perhaps more remarkable, this is the first R.E.M. album with printed lyrics — actually, it provides the lyrics to just one song, 'World Leader Pretend,' but with this band you take what you can get.
Green reveals a much wider range than previous efforts, including a playfulness that wasn't there before. Some songs have a downright bubble-gummy feel: on 'Stand,' Peter Buck lets fly with a ridiculously wanky wah-wah guitar solo. Still others reveal more emotion than the band has shown in the past; 'You Are the Everything' and the untitled track that closes the album are frank love songs with few strings attached.
Except for those tender ballads, R.E.M. has completely lost its folk inflections. A heavy guitar sound has replaced the old Byrdsy jangle (which scores of college bands continue to ply). The trademark asymmetrical song structures are gone, too; now, verses are repeated for maximum catchiness.
The band's last two albums — Life's Rich Pageant and Document — seemed very much of a piece, but Green is a distinctive record with a new feel, at once slightly synthetic and deeply felt, with Stipe conveying strong conviction without shouting and subtle emotion without disappearing into the woodwork. (Green was coproduced by Scott Litt, who also coproduced Document, the band's commercial breakthrough.)
'Turn You Inside-Out' includes percussion by former Sugar Hill Records house drummer Keith LeBlanc, but it's no rap jam — rather, it's the heaviest rock these guys have yet recorded. R.E.M. won its reputation as a great rock & roll band as much with its live shows as with its earnest, evocative records, and this album begins to approach the concert experience — not necessarily in its visceral impact, but in its stunning contrasts: the song that follows 'Turn You Inside-Out,' the mandolin-laden 'Hairshirt,' is the most delicate and affecting thing the band has ever done. 'I am not the type of dog who could keep you waiting for no good reason,' Stipe fairly croons.
Musically, Green quotes a lot of sources. Listen closely and you can hear references to the Doors, Led Zeppelin, Sly Stone and others. If R.E.M. were any more calculating, one might suspect this is the band's sneaky way of squeezing into tightly formatted AOR radio, with its emphasis on classic rock bands.
Just as it's fascinating to watch elder statesmen like Keith Richards reconcile rock & roll with middle age, it's fascinating to see how R.E.M. handles fame and commercial success. On paper, this looks to be the band's biggest album ever — strong singles material ('Get Up,' 'Stand' and 'Orange Crush'), a major label, a more accessible sound. So it's not for nothing that the album is titled Green, although environmental concerns, naivete and the generally positive attitude of the record must also have something to do with it.
R.E.M. may be dangerously close to becoming a conventional rock & roll band, but Green proves it's a damn good one. (Michael Azerrad, Rolling Stone Magazine)
Bill Berry, drums, piano, vocals
Peter Buck, guitars
Mike Mills, bass, organ, piano, vocals
Michael Stipe, lead vocals
Additional Musicians:
Jane Scarpantoni, cello (track 5)
Keith LeBlanc, percussion (track 8)
Bucky Baxter, Pedal Steel (track 5)
Produced by Scott Litt & R.E.M.
Recorded at Ardent Studios, Memphis, Tennessee
Mastered by Bob Ludwig at Gateway Mastering Studios