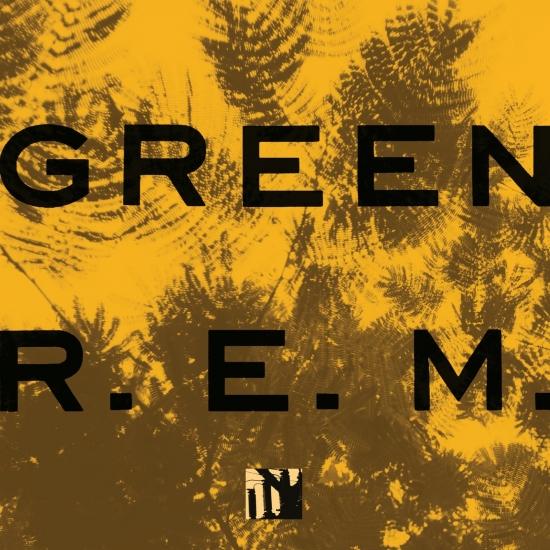 R.E.M. achieved global success with the 1988 release of Green, the Athens, Georgia quartet s sixth studio album and first for Warner Bros. Records, which would be the band s label home for the rest of their recording career. While R.E.M. was fast becoming one of the most acclaimed and revered acts in the U.S., Green was their first album to gain the attention of a worldwide audience. Packed with tracks destined to be definitive additions to the band s canon, including "Orange Crush, " "Pop Song 89, " and "Stand, " Green was certified double platinum and doubled the domestic sales of the band s previous release. Green continued R.E.M. s dedication to the message of social consciousness, as evidenced by the album s title, which would go on to became a ubiquitous buzzword for environmentally friendly initiatives.
To celebrate the landmark album s 25-year anniversary, Rhino presents a two-disc deluxe edition that features the remastered original album accompanied by a disc of live performances taken from the penultimate show of R.E.M. s 130-date Green World Tour. All 21 songs were recorded in Greensboro, North Carolina on November 10, 1989, just miles from where Michael Stipe, Peter Buck, Mike Mills and Bill Berry had their very first recording session at Mitch Easter s Drive-In Studio in Winston-Salem.
The concert captures a fiery set from R.E.M., which had been forged in the crucible of nearly one year of shows. R.E.M. performed most of Green ("Get Up, " "World Leader Pretend" and "You Are The Everything"), while mixing in early favorites like "Fall On Me, " "Finest Worksong, " "The One I Love" and "Perfect Circle" from the band s 1983 debut Murmur. The show also finds the band testing out new songs ("Low" and "Belong") that would appear two years later on Green s follow-up, Out Of Time.
Bill Berry, drums, backing vocals, bass
Peter Buck, guitar, mandolin, drums
Mike Mills, bass, keyboards, accordion, backing vocals
Michael Stipe, vocals
Additional musicians:
Bucky Baxter, pedal steel guitar on "World Leader Pretend"
Peter Holsapple, guitar, keyboards
Keith LeBlanc, percussion on "Turn You Inside-Out"
Recorded May–June and July–September 1988 at Ardent Studios, Memphis (first sessions) and Bearsville Studios, Woodstock, NY (latter sessions)
Produced by Scott Litt and R.E.M.
Digitally remastered