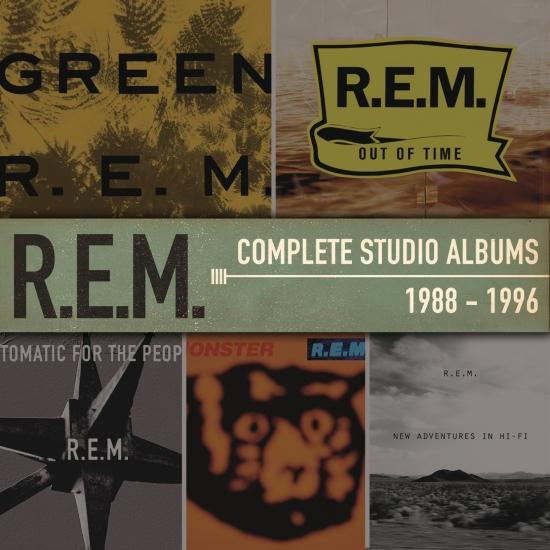 Rock and Roll Hall of Fame inductee and multi GRAMMY-winning artists R.E.M. and leading independent music company Concord Bicycle Music have entered into a multi-year, worldwide licensing agreement for the revered ‘indie’ rock band’s recording output spanning the years 1988 through 2011. The pact, which is set to begin early next year, includes the classic R.E.M. albums Green, Out of Time, Automatic for the People, Monster, New Adventures in Hi-Fi and Up, among many others, along with treasured hit singles 'Losing My Religion,” 'Stand,” 'Orange Crush,” 'Shiny Happy People,” 'Man on the Moon,” 'Drive,” 'Everybody Hurts,” 'What’s the Frequency, Kenneth?” and 'Nightswimming,” to name just a few.
The worldwide physical and digital licensing agreement encompasses recordings that have sold in excess of 85 million albums across the globe. Forthcoming new releases include deluxe reissues with special bonus material, exclusive packaging and much more.
'The band and all at REMHQ are very happy to be joining with Concord Bicycle Music for this next phase of curating and extending R.E.M.’s recorded legacy,” stated longtime R.E.M. manager, Bertis Downs. 'The albums covered by this agreement are some of the band’s most successful, both artistically and commercially, and we know the people at Concord share our enthusiasm about this partnership. We leave the Warner Bros. family, a great label where we are certainly grateful for some of our career highlights. But moving forward, we knew this was the right time to change it up, and Concord is the right home for this key part of R.E.M.’s catalog.”
'After starting my career at I.R.S. Records and having the pleasure to work with R.E.M., it was disappointing when the band left to go to Warner Bros.,” stated Sig Sigworth, SVP Catalog Management & Development, Concord Bicycle Music. 'I’ve had the good fortune to consult with the band on their catalog for the past several years, but to now, all these years later, be able to bring the band and their incredible post-I.R.S. legacy to the Concord Bicycle Music family is very rewarding.'
One of the most revered bands to emerge from the American underground in the post-punk eighties, R.E.M. singer Michael Stipe, guitarist Peter Buck, bassist Mike Mills and drummer Bill Berry, helped originate college rock, went on to global success and inspired generations of artists and fans along the way. The Athens, GA-based band toured relentlessly for the first decade, refining their idiosyncratic blend of brash tunefulness, poetic lyrics, chiming guitars and Stipe’s evocative vocals. R.E.M.’s extraordinary 30+ year run of creative vitality established a powerful legacy as one of the most enduring and essential rock and roll bands in popular music history.
Digitally remastered