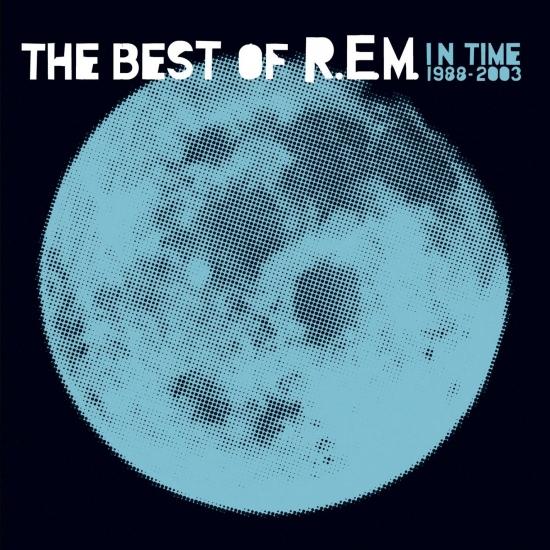 In Time: The Best of R.E.M. 1988–2003 is the second official compilation album released by R.E.M. Issued in 2003, it includes tracks from their Warner Bros. Records era, from 1988's Green to 2001's Reveal. The album was a huge success in the UK, the tenth-best selling album of 2003, despite not being released until the last week of October.
'How do you condense 15 years of music down to 76 minutes? In the case of this survey of the second phase of R.E.M.'s career, the answer is: Exceptionally well. The dangling carrot for diehards is two new songs; the rapid fire 'Bad Day' hurtles along like the kissing cousin of 'It's the End of the World as We Know It,' while 'Animal' is anchored by a majestic drone reminiscent of the Beatles' 'Tomorrow Never Knows.' In a surprising, but gratifying move, the rest of the program shortchanges the band's breakthrough, Out of Time (no 'Shiny Happy People').
Bill Berry, drums, piano, vocals
Peter Buck, guitars
Mike Mills, bass, organ, piano, vocals
Michael Stipe, lead vocals
This compilation Mastered by Stephen Marcussen. Digitally Edited by Stewart Whitmore for Marcussen Mastering, Hollywood
Digitally remastered.
Tracks 1,12,16 & 18 at 48kHz, Track 4 at 88.2kHz, Tracks 2,3, 5-11, 13-15 & 17 at 192kHz.