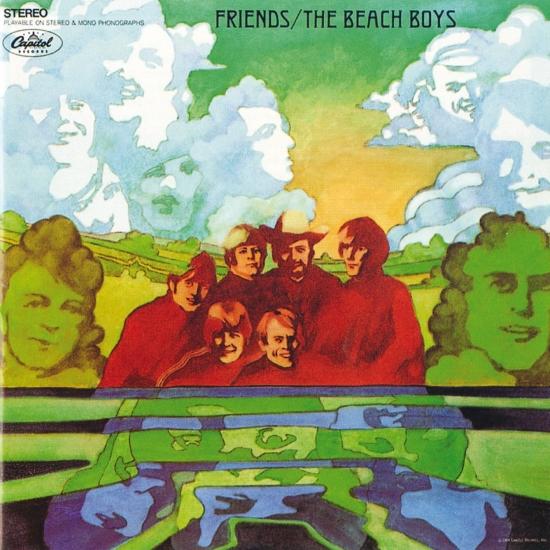 An under-discovered album from The Beach Boys – and one of our favorite records by the group! The set's kind of a slinking back to the personal, quirky territory of Smile, but with a somewhat more intimate, less-ambitious feel – one that comes off like a tapestry of simple expressions from the group – surprisingly heartfelt at times, fragile at others, and always with a soul-bearing quality that's really wonderful. This one's light years from their surfer pop of a few years before – even a strong maturation from the Pet Sounds set of just two years back – and the harmonies really have the group hitting new strides – hardly a copycat of earlier male group modes, pure harmony heaven for the late 60s! The whole thing's wonderful – and titles include 'Friends', 'Transcendental Meditation', 'Anna Lee The Healer', 'Wake The World', 'Meant For You', 'Busy Doing Nothin', 'Little Bird', 'Be Here in the Mornin'', and 'Diamond Head'.
„Released when Cream and Jimi Hendrix were at their apex, the low-key pleasantries of Friends seemed downright irrelevant in mid-1968. Today it sounds better, but it's certainly one of the group's more minor efforts, as the members started to divide the songwriting more or less evenly among themselves, rather than letting Brian Wilson provide most of the material. The title track was a charming, if innocuous, minor hit. The bossa nova 'Busy Doin' Nothin'' was a subtly subversive piece of rock Muzak, though hindsight reveals a rather worrisome indolence in the lyrics, as penned by Wilson, who was starting to withdraw into his own world. The production and harmonies remained pleasantly idiosyncratic, but there was little substance at the heart of most of the songs. The irony was that Smile had collapsed, in part, because some of the Beach Boys felt that Wilson's increasingly avant-garde leanings would lose their pop audience; yet by the time of Friends, the Beach Boys had done a pretty good job of losing most of their audience by retreating to a less experimental, more group-based approach.“ (Richie Unterberger, AMG)
Al Jardine, lead, backing and harmony vocals
Bruce Johnston, backing and harmony vocals
Mike Love, lead, backing and harmony vocals
Brian Wilson, organ on 'Be Still';[4] lead, backing and harmony vocals
Carl Wilson, lead, backing and harmony vocals
Dennis Wilson, lead, backing and harmony vocals
Additional musicians:
Jim Gordon, drums (on 'Be Here in the Morning“)
Recorded February 29–April 13, 1968 at Brian Wilson's home studio and ID Sound, Los Angeles
Engineered by Jimmy Lockert
Produced by The Beach Boys
Digitally remastered