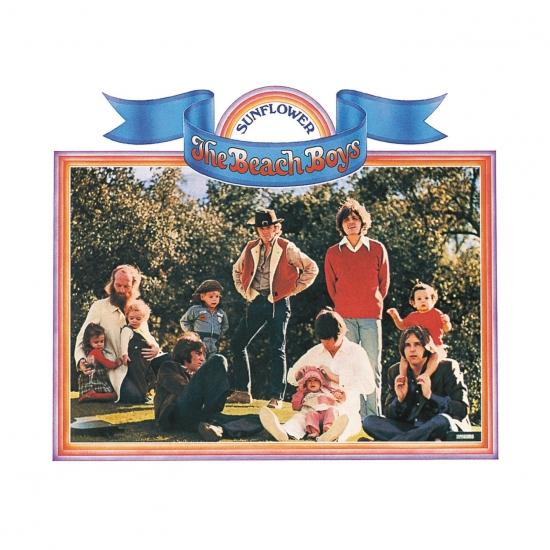 Its sales and chart position are an insult - this is a sublime record of gigantic proportion. Sunflower CD music Try out the harmonic power of "This Whole World," shed a tear at the beauty of "Add Some Music To Your Day," be impressed with their early new-age discovery of "Cool Cool Water," and be surprised that they can rock on "Got To Know The Woman." Brian is the acknowledged genius, but this album contains one of their greatest songs, written by Dennis: "Forever" will make you melt, that is, if you have a romantic bone in your body.
„After Reprise rejected what was to be their debut album for the label, the Beach Boys re-entered the studio to begin work on what would become a largely different set of songs. The results signaled a creative rebirth for the band, a return to the beautiful harmonies and orchestral productions of their classic mid-'60s material. Though the songwriting didn't quite reach the high quality of "California Girls" or "God Only Knows," Sunflower showed the Beach Boys truly working as a band, and doing so better than they ever had in the past (or would in the future). Many of the songs were co-compositions, and the undeniable songwriting and performance talents of Dennis Wilson and Bruce Johnston were finally allowed to flourish: Dennis contributed "Slip On Through," "Forever," and "Got to Know the Woman," while Bruce wrote "Deirdre" and "Tears in the Morning." After a succession of spare, unadorned lead vocals on rock-oriented albums like Wild Honey and 20/20, Sunflower returned the Beach Boys to gorgeous vocal harmonies on the tracks "Add Some Music to Your Day," "Cool, Cool Water," and "This Whole World." And the arrangements, tight and inventive, showed Brian Wilson once again back near the top of his game (though the production is credited to the entire band). Sunflower is also a remarkably cohesive album, something not seen from the Beach Boys since Pet Sounds. As with that album, Sunflower earned critical raves in Britain but was virtually ignored in America.“ (John Bush, AMG)
Al Jardine, vocals
Bruce Johnston, vocals
Mike Love, vocals
Brian Wilson, vocals
Carl Wilson, vocals
Dennis Wilson, vocals
Recorded January 9, 1969–July 21, 1970 at Sunset Sound Recorders, Gold Star Studios, and Brian Wilson's home studio, Hollywood
Engineered and mixed by Stephen Desper
Produced by The Beach Boys
Digitally remastered