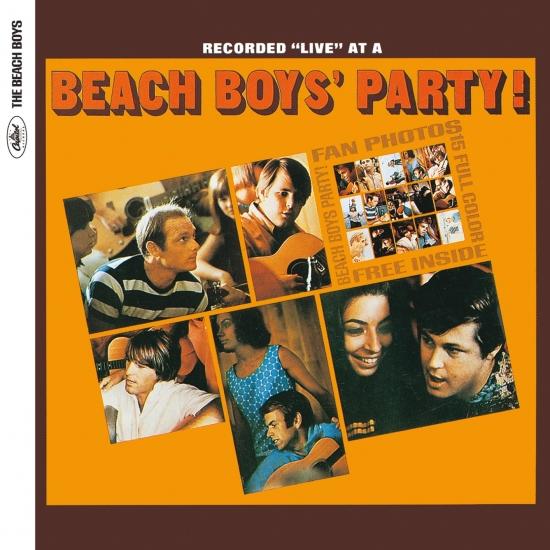 „Capitol, which had already released ten Beach Boys albums in three years, was bugging the group for product that it could release in time for the 1965 Christmas season. To buy time while Brian Wilson began conceiving the Pet Sounds masterpiece, the group issued a set of covers, mostly of the '50s rock and R&B they had listened to as schoolboys. Packaged as if it had been recorded at an actual party, it was in fact recorded in the studio, with friends and romantic partners adding sounds and vocals to create an informal atmosphere. With the exception of a bass guitar, all the instruments were acoustic; the acoustic guitar-and-bongo arrangements, in fact, give this a hootenanny campfire feel. In recent years, this album has gone up a few notches in critical esteem, praised for its loose, casual feel and insight into the group's influences. Realistically, though, its present-day appeal lies mostly with dedicated fans of the group, as fun and engaging as it is. Others will find the material shopworn in places, and the presentation too corny. It does have the massive hit 'Barbara Ann,' which actually features Dean Torrence (of Jan & Dean) on much of the lead vocals; other highlights include 'Mountain of Love,' an unexpected version of 'The Times They Are a-Changin',' and three Beatles covers.“ (Richie Unterberger, AMG)
Al Jardine, vocals, acoustic guitar
Bruce Johnston, vocals, bass
Mike Love, vocals
Brian Wilson, vocals, bass
Carl Wilson, vocals, acoustic guitar
Dennis Wilson, vocals
Dean Torrence, vocals
Recorded September 8–27, 1965 at United Western Recorders, Hollywood
Produced by Brian Wilson
Digitally remastered