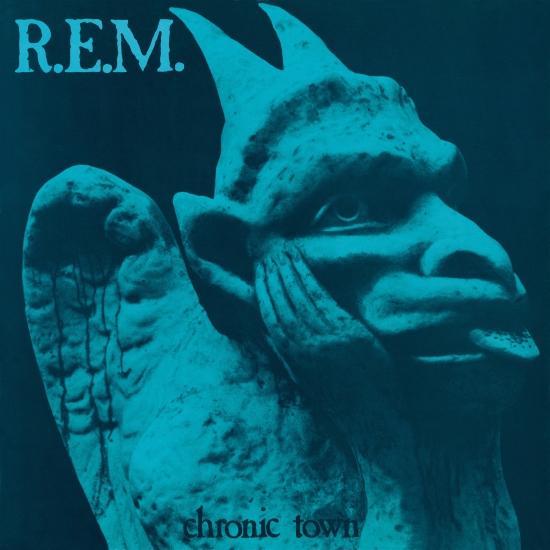 Rare Debut EP from R.E.M., released in 1982. Chronic Town is the first illustration of R.E.M.'s signature musical style: jangling guitars, chords played in arpeggio, murmured vocals, and obscure lyrics. After the minor success of the group's debut single 'Radio Free Europe' in 1981, R.E.M. manager Jefferson Holt felt the band was ready to record a longer release.
While he felt they were not ready to record a full album, Holt figured an EP would be satisfactory. I.R.S. released Chronic Town in August 1982 as its first American release. Reaction to the EP varied; with some not getting it while others embraced the EP release citing R.E.M as evoking the music of the late-1960s without any pretensions, mingling past and present to shape both into concurrent moments. The recording was the 'sleeper' of the year, ranking second in the EP category of the Village Voice Jazz & Pop critics' poll in 1982.
Michael Stipe, vocals
Peter Buck, guitar
Mike Mills, bass, background vocals
Bill Berry, drums
Recorded at Drive Studio Winston Salem, NC, October 1981
Engineered by Mitch Easter
Produced by Mitch Easter and R.E.M.
Digitally remastered