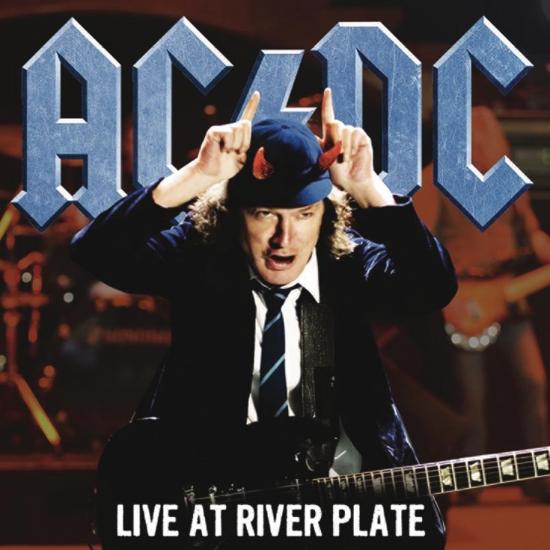 "Live at River Plate" is a live concert film documenting AC/DC’s Black Ice World Tour. The three concerts performed in December 2009 at the Estadio Antonio Vespucio Liberti in Buenos Aires, Argentina, which is the home stadium of Argentinian football club River Plate. It was directed by David Mallet, with Rocky Oldham as producer. The recording of the concerts required the use of 32 HD cameras; a company called Serpent Productions was responsible for filming and then producing the footage of the concerts. It was also the band’s last live album to feature rhythm guitarist Malcolm Young, and bassist Cliff Williams; Young, before his retirement from touring due to dementia five years later and his death in 2017, and Williams, who later left the band due to his retirement from the music industry in 2016.
"The great thing about AC/DC is that, when you lay your money down, you know exactly what you're gonna get: a heavy dose of heavy rock & roll. That's as true of their live albums as it is of their studio albums, and perhaps it might even be a little more so, as not only is the sound familiar but so are the songs. The 2012 set Live at River Plate -- available both in video and audio -- finds the Australian group hawking its new album, Black Ice, in Buenos Aires, Argentina, in 2009. New songs, including the opener "Rock n Roll Train" and "Black Ice," are threaded between their warhorses, and they sound sturdy, as if AC/DC have always played these tunes. If Brian Johnson sounds a little worse for wear -- his growl is so gravelly it's sometimes impossible to discern distinct words -- the brothers Young, Cliff Williams, and Phil Rudd remain as solid as a boulder, so Live at River Plate winds up as a pretty good time. Perhaps it's not necessary but it is fun." (Stephen Thomas Erlewine, AMG)
Brian Johnson, vocals
Angus Young, lead guitar, slide guitar
Malcolm Young, rhythm guitar, backing vocals
Cliff Williams, bass, backing vocals
Phil Rudd, drums, percussion
Produced by Rocky Oldham
Digitally remastered
Please Note: We offer this album in its native sampling rate of 48 kHz, 24-bit. The provided 96 kHz version was up-sampled and offers no audible value!