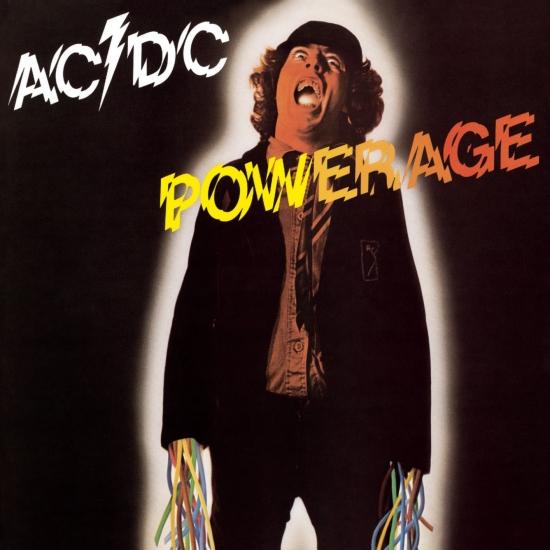 Powerage is the fifth studio album by Australian hard rock band AC/DC. It was the band's fourth studio album released internationally and the fifth to be released in Australia. It was the first AC/DC album to feature Cliff Williams on bass, and it was also the first AC/DC album not to have a title track (aside from the Australia-only High Voltage album).
After a 12-date European tour opening for Black Sabbath in April, bassist Mark Evans was fired from AC/DC on 3 May 1977. In the AC/DC memoir AC/DC: Maximum Rock & Roll, former manager Michael Browning states, "I got a call one day from Malcolm and Angus. We were in London, I went to their apartment and they told me they wanted to get rid of Mark. Him and Angus didn't see eye to eye. They used to have a sort of tit-for-tat thing going, but nothing that I would have ever thought was going to be gig-threatening." According to Browning, the Young brothers were seriously considering Colin Pattenden of Manfred Mann fame. Browning feared that Pattenden was too old and didn't fit the band's image, so he instead pushed for Englishman Cliff Williams, who had previously played with Home and Bandit. Williams, who could also sing background vocals, passed the audition and was asked to join the band. In a 2011 interview with Joe Bosso that appears on MusicRadar, Evans reflected on his ousting from the group:
With Angus and Malcolm, they were put on this earth to form AC/DC. They're committed big-time. And if they feel your commitment is anything less than theirs, well, that's a problem. Angus was intense. He was AC/DC 100 percent. His work ethic was unbelievable. When I was with him, he expected everybody to be just like him, which is pretty impossible...At the time, Malcolm said something about them wanting a bass player who could sing, but I think that was a smokescreen. I don't know if there was any one reason. It's just the way it went down. I felt the distance growing between me and Angus and Malcolm. When I was fired, it wasn't so much a surprise as it was a shock. There was a lot of tension in the band at the time. We'd just been kicked off a Black Sabbath tour, and this was right when a trip to the States was cancelled because the record company rejected the Dirty Deeds Done Dirt Cheap album. So it was a hard period.
The band finally toured America for the first time in the summer of 1977, focusing on smaller markets at first but eventually playing CBGB in New York City and the Whiskey A Go Go in Los Angeles. In December they played a set in front of a small audience at Atlantic Recording Studios in New York City which was broadcast live over Radio WIOQ in Philadelphia and hosted by Ed Sciaky. The promotional album, Live from the Atlantic Studios would be released on the 1997 Bonfire box set. In early 1978, the band returned to Sydney to record their next album.
"Powerage was a first in the sense that it debuted bassist Cliff Williams, but it really is more of a final curtain to the band's early years. It would be the last produced by Vanda & Young, the legendary Australian production team who also helmed hits by the Easybeats, and it was the last before AC/DC became superstars. As such, it's perhaps the most overlooked of their '70s records, also because, frankly, it is the most uneven of them. Not that it's a bad record -- far from it, actually. There are a few genuine classics here, most notably "Down Payment Blues" and "Up to My Neck in You," and there's a real appeal in how Bon Scott's gutter poems of excess are reaching a mythic level; there's a real sense that he truly does believe that rock & roll leads straight to hell on "Rock 'n' Roll Damnation." But overall, the record is just a bit too wobbly, one where the parts don't add up to a record as hard and addictive as before -- but there's still plenty worth hearing here." (Stephen Thomas Erlewine. AMG)
Bon Scott, lead vocals
Angus Young, lead guitar
Malcolm Young, rhythm guitar, backing vocals
Cliff Williams, bass
Phil Rudd, drums
Additional musicians:
Mark Evans, bass (on tracks 9)
Produced by Harry Vanda, George Young
Digitally remastered