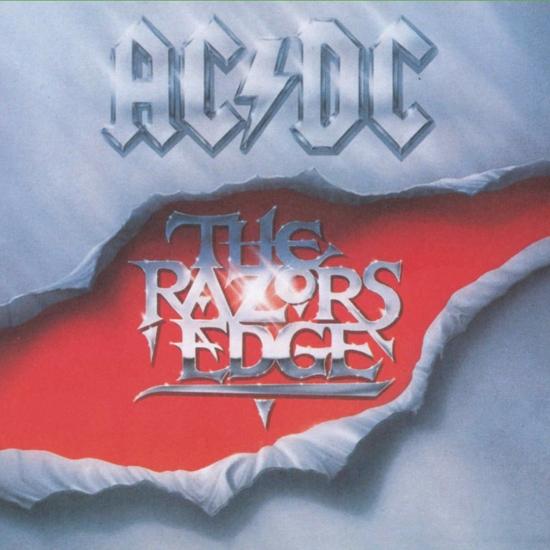 Info for The Razors Edge (Remastered)

"The Razors Edge" is the twelfth studio album by Australian hard rock band AC/DC released in September 1990. It was the band's eleventh internationally released studio album and the twelfth to be released in Australia. It was a major comeback for the band, featuring the hits "Thunderstruck" and "Are You Ready", which reached #5 and #16 respectively on Billboard's Mainstream Rock Tracks Chart, and "Moneytalks", which peaked at #23 on the Billboard Hot 100. The album went multi-platinum (5 million copies sold) and reached the US top ten. The album reached #2 on the US Billboard 200 and #4 in the UK, a smash commercial success that returned the band to the popularity of its glory years of the late 1970s and early 1980s.
The band had recorded Blow Up Your Video (1988) with their original producers, Harry Vanda and George Young. It was a commercial success and sold more copies than the previous two studio releases combined. The Blow Up Your Video World Tour began in February 1988 in Perth, Australia. That April, on the eve of the North American leg of the tour, Malcolm Young announced that he was taking time off from touring, principally to begin recovery from his alcoholism. Another member of the Young family, their nephew, Stevie Young, temporarily took Malcolm's place on rhythm guitar. Following the tour, drummer Simon Wright left the group to work on the upcoming Dio album Lock Up the Wolves, and was replaced by ex-Firm and Manfred Mann's Earth Band drum veteran Chris Slade, whom Malcolm remembered playing with Manfred Mann during an appearance in Sydney years earlier with Deep Purple and Free.
"Although AC/DC's popularity had decreased by the early '90s, the band still had a lot of life left in it. Arguably the Australian headbangers' strongest album in over half a decade, The Razor's Edge is quintessential AC/DC -- rowdy, abrasive, unapologetically fun metal full of blistering power chords, memorable hooks, and testosterone-driven lyrics. Lead singer Brian Johnson sounds more inspired than he had since 1983's Flick of the Switch, and lead guitarist Angus Young isn't about to take any prisoners on such hard-hitting material as "Shot of Love," the menacing title song, and the appropriately titled "Got You By the Balls." Although not quite in a class with Back in Black, Highway to Hell, or Let There Be Rock -- all of which would, for novices, serve as fine introductions to the distinctive band -- The Razor's Edge was a welcome addition to AC/DC's catalog." (Alex Henderson, AMG)
Brian Johnson, vocals
Angus Young, lead guitar
Malcolm Young, rhythm guitar, backing vocals
Cliff Williams, bass, backing vocals
Chris Slade, drums, percussion

Produced by Bruce Fairbairn
Digitally remastered
Please Note: We offer this album in its native sampling rate of 48 kHz, 24-bit. The provided 96 kHz version was up-sampled and offers no audible value!