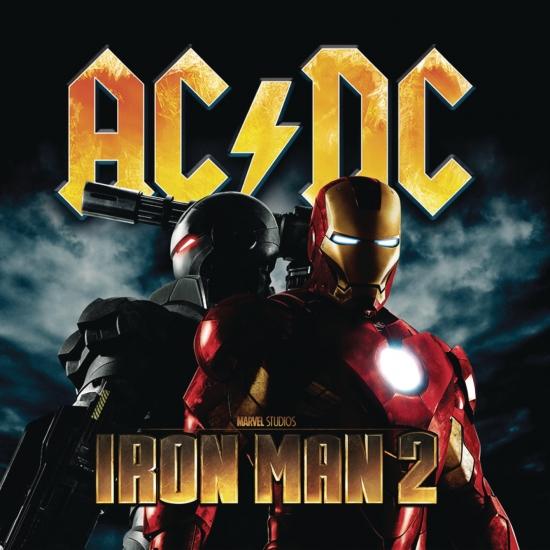 AC/DC is putting the metal in the upcoming “Iron Man 2” film. AC/DC: Iron Man 2, features 15 classic AC/DC songs selected from ten of the band’s studio albums, ranging from 1976 to 2008.
The debut video from AC/DC: Iron Man 2 is the AC/DC's classic album cut "Shoot To Thrill," which was filmed live last month in Buenos Aires during the band's highly acclaimed Black Ice World Tour, the second highest grossing world tour of 2009 according to concert industry trade publication Pollstar. The video also incorporates exclusive footage from "IRON MAN 2" and debuts today worldwide.
"Jon Favreau's vision and passion for AC/DC's music blend seamlessly into this incredible film," said Steve Barnett, co-chairman of Columbia Records. "The music really underscores the high energy and excitement of the film."
"Music is an integral part of the Tony Stark and Iron Man experience, and we are pleased that Columbia and AC/DC are taking part in the franchise's phenomenon. Through this relationship, the band is delivering fans supercharged Iron Man branded music through all our combined consumer touch points, from the movie to retail outlets and even virally with the debut of the new video," said Tim Connors, Chief Operating Officer, Marvel Studios.
Jon Favreau returns to direct "IRON MAN 2," with Robert Downey Jr. reprising his starring role as the larger-than-life leading character, along with Gwyneth Paltrow, Don Cheadle, Scarlett Johansson, Sam Rockwell, Mickey Rourke and Samuel L. Jackson.
Based on Marvel's iconic Super Hero, "IRON MAN 2" continues the story of 2008's box office smash hit "IRON MAN," which grossed nearly $600 million worldwide, and was the first feature film produced independently by Marvel Studios. "IRON MAN 2" is being produced by Marvel Studios' President, Kevin Feige.
AC/DC
Digitally remastered