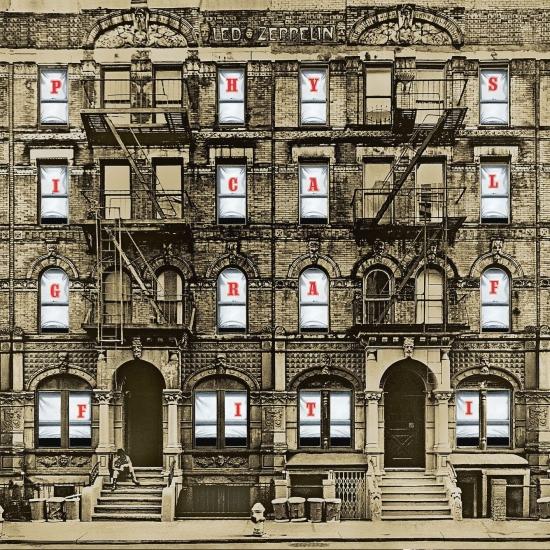 LED ZEPPELIN WILL mark the 40th anniversary of their mighty album Physical Graffiti by reissuing the record almost exactly four decades to the day of its original release.
The LED ZEPPELIN reissue campaign continues in 2015, turning the spotlight on the double album Physical Graffiti.
Certified 16x platinum in the U.S., the commercial success of Physical Graffiti was equaled by its critical reception. Generally regarded as one of the greatest double albums of all time, the original 15 tracks represent a creative tour de force that explores the band’s dynamic musical range, from the driving rock of “Custard Pie” and acoustic arrangement of “Bron-Y-Aur Stomp” to the Eastern raga of “Kashmir” and funky groove of “Trampled Under Foot.”