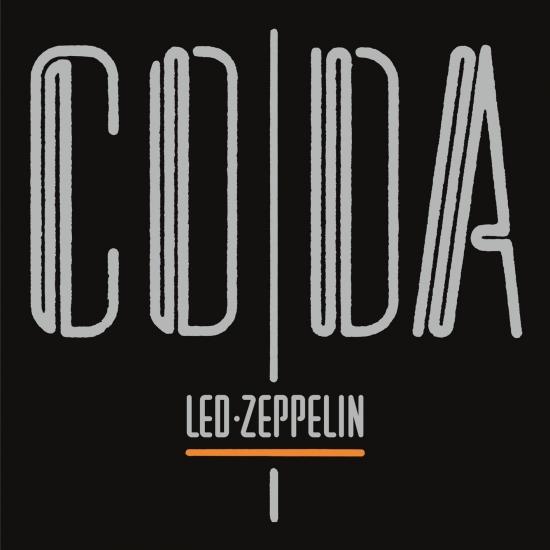 The appropriately titled 'Coda' was Led Zeppelin's final album of studio recordings. Released in 1982, it was comprised of eight unreleased tracks recorded between 1970 and 1978. It peaked at #6 on the album charts and has been certified platinum in the U.S.
The reissue campaign ends with a double-barrel blast of Led Zeppelin. 'Coda' will be the only Led Zeppelin Deluxe Edition features 15 tracks recorded between 1968 and 1974. The oldest song in the collection is also perhaps the most interesting. The frenetic blues jam 'Sugar Mama' was recorded in 1968 at Olympic Studios during sessions for the band's eponymous debut. The song was completed but never officially released until now. 'Baby Come On Home' from the same session is also included in the set. Also included is the previously unreleased 'St. Tristan's Sword', a rollicking instrumental recorded during the 'Led Zeppelin III' sessions in 1970.
„Released two years after the 1980 death of John Bonham, Coda tied up most of the loose ends Led Zeppelin left hanging: it officially issued a bunch of tracks circulating on bootleg and it fulfilled their obligation to Atlantic Records. Coda doesn't contain every non-LP track Zeppelin released -- notably, the B-side 'Hey Hey What Can I Do' and anything from the BBC sessions were left untouched (they'd be added to Coda on a 1993 CD revision of the compilation, and also appear on the major three-disc overhaul Jimmy Page masterminded in 2015) -- but it does gather much of what was floating around in the wake of their demise, including three blistering rockers that were rejected for In Through the Out Door. If 'Ozone Baby,' 'Darlene,' or 'Wearing and Tearing' -- rockers that alternately cut loose, groove, and menace -- had made the cut for In Through the Out Door, that album wouldn't have had its vague progressive edge and when they're included alongside a revival of the band's early raver 'We're Gonna Groove,' the big-boned funk of the Houses of the Holy outtake 'Walter's Walk,' and the folk stomp 'Poor Tom' (naturally taken from the sessions for Led Zeppelin III), they wind up underscoring the band's often underappreciated lighter side. For heaviness, there's a live version of 'I Can't Quit You Baby' and 'Bonzo's Montreux,' a solo showcase for the departed drummer, and when this pair is added to the six doses of hard-charging rock & roll, it amounts to a good snapshot of much of what made Led Zeppelin a great band: when they were cooking, they really did groove.“ (Stephen Thomas Erlewine, AMG)
Robert Plant, vocals, harmonica
Jimmy Page, acoustic, electric guitars, electronic treatments
John Paul Jones, bass, piano, keyboards
John Bonham, drums, percussion
Recorded 9 January 1970 – 21 November 1978, overdubs 1982 at SOL
Produced Jimmy Page
Digitally remastered