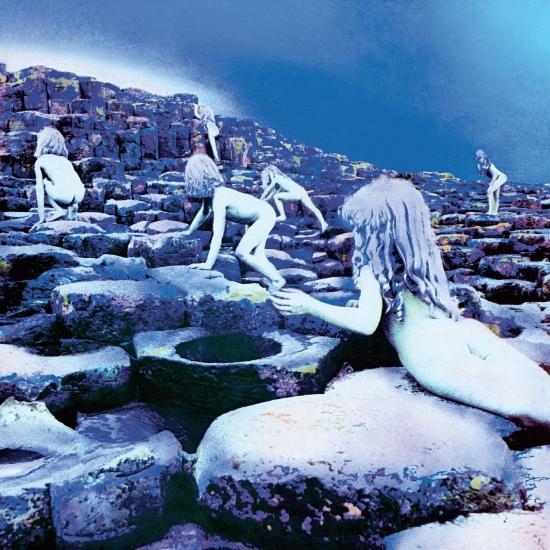 Info for Houses Of The Holy (Deluxe Edition - Remastered)

Houses of the Holy is the fifth studio album by British rock band Led Zeppelin, released by Atlantic Records on 28 March 1973. It is their first album composed of entirely original material, and represents a musical turning point for the band, who had begun to record songs with more layering and production techniques.
Containing some of the band's most famous songs, including 'The Song Remains the Same', 'The Rain Song' and 'No Quarter', Houses of the Holy became a huge success, and was certified eleven times platinum by the RIAA. In 2012, it was ranked #148 on Rolling Stone magazine's list of the 500 greatest albums of all time.
The Houses Of The Holy HighRes-reissue meanwhile will feature unreleased tracks on the companion audio disc, including rough and working mixes for “The Ocean” and “Dancing Days” as well as the guitar mix backing track for “Over The Hills And Far Away” and a version of “The Rain Song” without piano.
John Bonham, drums, backing vocals
John Paul Jones, bass, keyboards, synthesizer bass, backing vocals
Jimmy Page, guitars, pedal steel guitars
Robert Plant, lead vocals