In Through The Out Door (Deluxe Edition - Remastered) Led Zeppelin 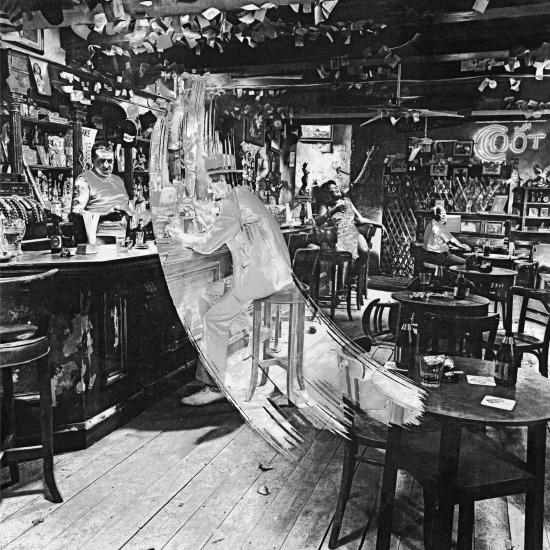 Info for In Through The Out Door (Deluxe Edition - Remastered)

On its release in the summer of 1979,'In Through The Out Door' topped the U.S. and U.K. album charts and has since been certified six-times platinum. Sadly, it would be the last album that Led Zeppelin recorded prior to drummer John Bonham's passing the following year. Among the seven album tracks are 'Fool In The Rain' and 'All My Love', two songs that remain rock radio staples to this day.
The album's bonus content features an unreleased rough mix of every track from the original album, including early versions with working titles such as 'The Hook' ('All My Love'), 'The Epic' ('Carouselambra'), and 'Blot' ('I'm Gonna Crawl').
„Marshalling their strength after the dark interlude of Presence -- a period that extended far after its 1976 release, with the band spending a year in tax exile and Robert Plant suffering another personal tragedy when his son died -- Led Zeppelin decided to push into new sonic territory on their eighth album, In Through the Out Door. A good deal of this aural adventurism derived from internal tensions within the band. Jimmy Page and John Bonham were in the throes of their own addictions, leaving Plant and John Paul Jones alone in the studio to play with the bassist's new keyboard during the day. Jones wound up with writing credits on all but one of the seven songs -- the exception is 'Hot Dog,' a delightfully dirty rockabilly throwaway -- and he and Plant are wholly responsible for the cloistered, grooving 'South Bound Saurez' and 'All My Love,' a synth-slathered ballad unlike anything in Zeppelin's catalog due not only to its keyboards but its vulnerability. What's striking about In Through the Out Door is how the Plant-Jones union points the way toward their respective solo careers, especially that of the singer's: his 1982 debut Pictures at Eleven follows through on the twilight majesty of 'In the Evening' and particularly 'Carouselambra,' which feels like Plant and Jones stitched together every synth-funk fantasy they had into a throttling ten-minute epic. With its carnivalesque rhythms, 'Fool in the Rain' also suggests the adventurousness of Plant, but it's also an effective showcase for Bonham -- it's a monster groove -- and Page, whose multi-octave solo is among his best. Elsewhere, the guitarist colors with shade and light quite effectively, but only the slow, slumbering closer 'I'm Gonna Crawl' feels like his, a throwback to Zeppelin's past on an album that suggests a future that never materialized for the band.“ (Stephen Thomas Erlewine, AMG)
Robert Plant, vocals, harmonica
Jimmy Page, electric, acoustic guitars, Gizmotron
John Paul Jones, bass, mandolin, keyboards, synthesizer, piano
John Bonham, drums, percussion
Recorded November–December 1978 at Polar Studios, Stockholm, Stockholm County, Sweden
Produced by Jimmy Page
Digitally remastered