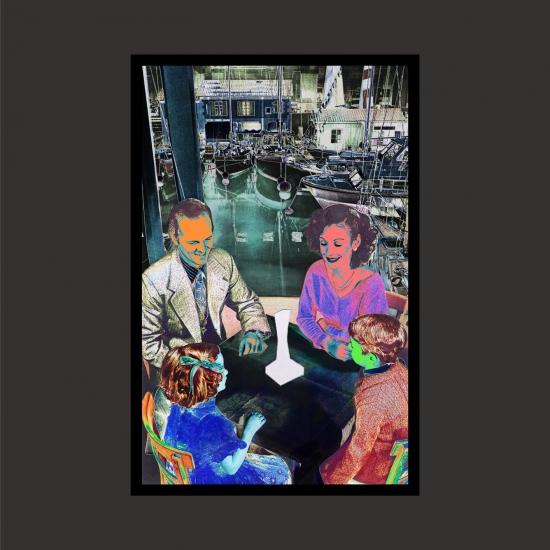 'Presence' is the seventh studio album by Led Zeppelin, released by Swan Song Records on 31 March 1976. Originally released in 1976, 'Presence' was recorded during a whirlwind 18-day session at Musicland Studios in Munich, Germany. The album — which peaked at #1 in both the U.S. and UK and was certified triple platinum — crackles with energy on „Zeppelin“ classics like 'Nobody's Fault But Mine' and 'Achilles Last Stand' and delivers powerful jolts of the group at its visceral best.
The bonus content that accompanies the 'Presence' (Deluxe Edition) has five unreleased reference mixes from the sessions, which reveal works in progress. Along with alternate incarnations of 'For Your Life', 'Achilles Last Stand' and 'Royal Orlean'', there is also the previously unheard instrumental curiously titled '10 Ribs & All/Carrot Pod Pod (Pod)'.
„Created at a time of intense turmoil for Led Zeppelin -- they scrapped a planned international tour in the wake of Robert Plant's car accident in Greece in August 1975 -- Presence is a strange, misshapen beast of a record that pulls upon its own tension. With Plant somewhat on the sidelines -- he recorded many of the vocals while in a wheelchair -- Jimmy Page reasserted himself as the primary creative force in the band, helping steer Presence toward a guitar-heavy complexity, perched halfway between a return to roots and unfettered prog. This dichotomy means it feels like Presence sprawls as wildly as Physical Graffiti even though it's half its length: the four epics tend to overshadow the trio of lean rockers that really do hark back to the Chess boogie and rockabilly that informed Zeppelin's earliest work. Each of these three -- 'Royal Orleans,' 'Candy Store Rock,' 'Hots on for Nowhere' -- plays as snappily as the throwaways on the second half of Physical Graffiti, containing a sexy insouciance; the band almost seems to shrug off how catchy Page's riffs and how thick the grooves of John Bonham and John Paul Jones actually are. No matter how much fun this triptych is, they're lost underneath the shadow of 'Achilles Last Stand,' a ten-minute exercise in self-styled moody majesty and the turgid blues crawl of closer 'Tea for One.' In between, there are two unalloyed masterpieces that channel all of the pain of the period into cinematic drama: a molten blues called 'Nobody's Fault But Mine' and 'For Your Life,' as sharp, cinematic, and pained as Zeppelin ever were. Added together, Presence winds up as something less than the sum of its parts but its imbalance also means that it's a record worth revisiting; it seems different upon each revisit and is always compelling.“ (Stephen Thomas Erlewine, AMG)
Robert Plant, vocals, harmonica
Jimmy Page, guitars
John Paul Jones, four and eight-string bass guitars
John Bonham, drums, percussion
Recorded November–December 1975 at Musicland Studios, Munich, West Germany
Produced by Jimmy Page
Digitally remastered