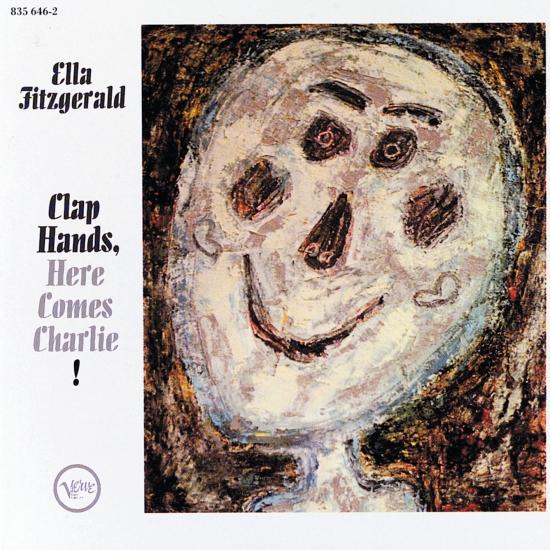 Seventeen numbers from the heyday of swing, composed sometime between 1930 and 1945 - played and sung time and time again in ballrooms, or on the radio to advertise biscuits or war bonds, were recorded by Ella in completely new and personal interpretations in 1961. No one should be put off by the rather unfortunate cover. Clap Hands... is absolutely top notch as regards musicality, perfect recording quality, superb accompaniment by a small ensemble, with room for improvisations; it offers a wonderful opportunity to discover something new in these evergreens, despite the occasionally banal lyrics. The songs of this recording conjure up bygone days, with listeners in the 21st century being offered a highly personal homage to one of the most successful periods in the 100-year history of jazz.
Many of the Ella Fitzgerald CDs in print are compilations and recently discovered live recordings, which makes this reissue with bonus tracks of a 1961 album that much more interesting. Produced by Norman Granz, this is a small-combo session with occasional and unobtrusive strings. Though Fitzgerald got her start as a big-band singer, smaller and more intimate combos fit her rich, velvety voice better than big brassy arrangements.
Opening with Dizzy Gillespie's classic 'Night in Tunisia,' which features some outstanding scatting, „Clap Hands Here Comes Charlie“ continues in that bop-oriented vein, with versions of 'Stella By Starlight' and Monk's ''Round Midnight.' The highest point on the album, though, is a stunning, stripped-down version of 'Cry Me a River.' The three bonus tracks, recorded during these sessions, are very good, but not revelatory, though the saucy 'I Got a Guy' is swinging fun.
Ella Fitzgerald, vocals
Lou Levy, piano
Herb Ellis, guitar
Joe Mondragon, bass
Wilfred Middlebrooks, bass
Stan Levey, drums
Gus Johnson, drums
Recorded in Los Angeles, California on June 22-23, 1961
Produced by Norman Granz
Digitally remastered