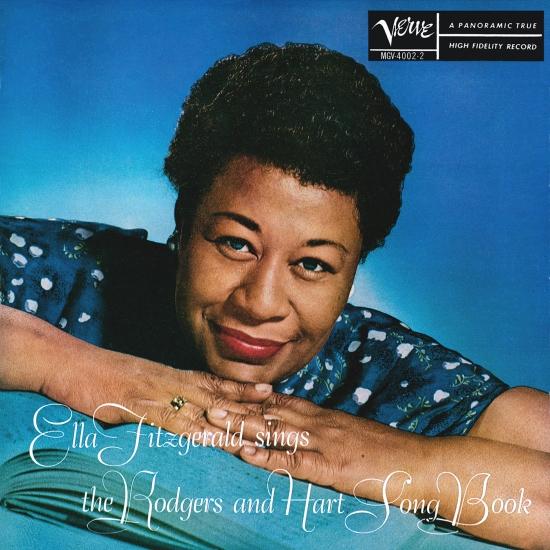 „The second of Ella Fitzgerald's famed Songbook series features her singing 34 of the best songs co-written by Richard Rodgers and Lorenz Hart. The arrangements by Buddy Bregman for the string orchestra and big band only border on jazz but she manages to swing the medium-tempo numbers and give sensitivity to the ballads. With such songs as 'You Took Advantage of Me,' 'The Lady Is a Tramp,' 'It Never Entered My Mind,' 'Where or When,' 'My Funny Valentine,' and 'Blue Moon,' it is not too surprising that these recordings (originally released on a two-LP set) were so popular.“ (Scott Yanow)
Ella Fitzgerald, vocals
Ben Webster, tenor saxophone
Paul Smith, piano
Barney Kessel, guitar
Stuff Smith, violin
Joe Mandragon, bass
Alvin Stoller, drums
Buddy Bregman Orchestra
Recorded in August 1956 at Capitol Records Studios, Hollywood, CA
Produced by Norman Granz
Digitally remastered