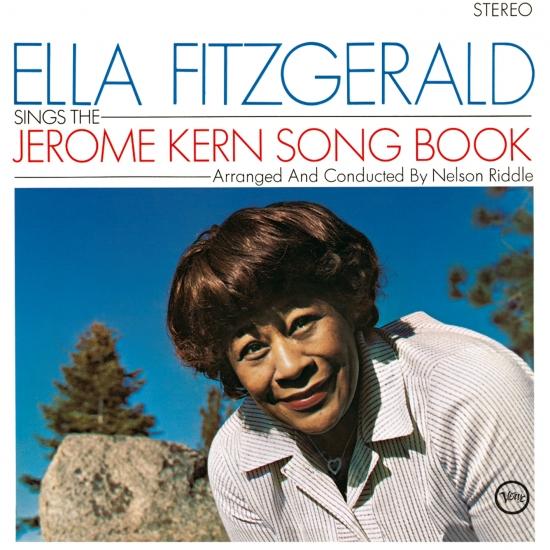 Ella Fitzgerald is rightfully adored for her superb, often-definitive interpretations of Cole Porter, Irving Berlin, Rodgers & Hart, and Gershwin tunes, which are well documented in her Song Book series. The addition of Sings the Jerome Kern Song Book to Fitzgerald's discography is welcome. Recorded in 1963, the album proves Fitzgerald's voice as golden as ever. Yet age was beginning to color her singing a bit, and that texture adds a beautiful dimension to songs like the dark 'Why Was I Born?' and the yearning 'Can't Help Lovin' Dat Man.' Nelson Riddle's charts are typically smart and swinging, with a lush, full sound that balances punch and lyricism. Fitzgerald's ebullient delivery and honey-rich timbre bring out the humor of 'A Fine Romance,' the wistfulness of 'I'm Old Fashioned,' and the tender romance of 'The Way You Look Tonight,' putting her distinctive stamp on each. It's sure to please fans of Kern and big-band standards, and for aficionados of Fitzgerald's other Song Book albums, this is a must. (Anthony Tognazzini)
'[W]hen Fitzgerald, at the absolute apex of her vocal powers, is solvin' that swingin' Riddle, it's unsurpassed quality, not quantity, that matters.' (JazzTimes)
Ella Fitzgerald, vocals
Robert Bain, guitar
Nathan Ross, violin
Ray Kramer, cello
Plas Johnson, tenor saxophone
Shorty Sherock, trumpet
Dick Nash, trombone
Paul Smith, piano
Joe Comfort, bass
Alvin Stoller, drums
Nelson Riddle Orchestra
Nelson Riddle, conductor
Digitally remastered.