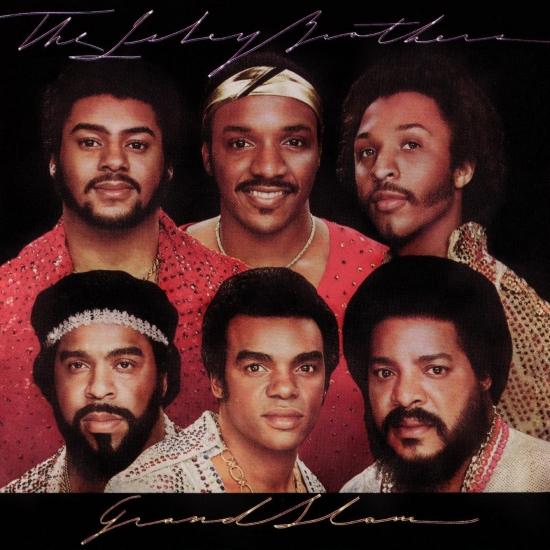 Slick and stylish work from The Isley Brothers – proof that they were still growing strongly as a group into the 80s! The Isleys are smoothing it out nicely here – going for that lean, compressed style that they used on more than a few nice records at the time. Tracks have a tight modern soul approach – vocals, guitars, and keyboards all fused into one sweet snakey line that sounds better and better with each listen! Titles include "I Once Had Your Love", "Hurry Up And Wait", "Tonight Is The Night", "Young Girls", and "Who Said".
„Despite getting three more hits, including one Top 10 R&B song, the bloom was definitely off The Isley Brothers' rose. Stagnation and internal bickering were taking their toll, and the innocent, energetic air that sparked their '70s albums was gone. It had been replaced by a calculating, indifferent attitude that clearly affected their music.“ (Ron Wynn, AMG)
Eve Otto, harp
Kevin Jones, congas
Everett Collins, drums
Chris Jasper, keyboards, congas, percussion
Marvin Isley, bass, percussion
Ernie Isley, guitars, drums, percussion
Recorded 1981 Bearsville Studios, Bearsville, New York
Engineered by Tom Edmonds
Produced by The Isley Brothers
Digitally remastered