The Heat Is On The Isley Brothers 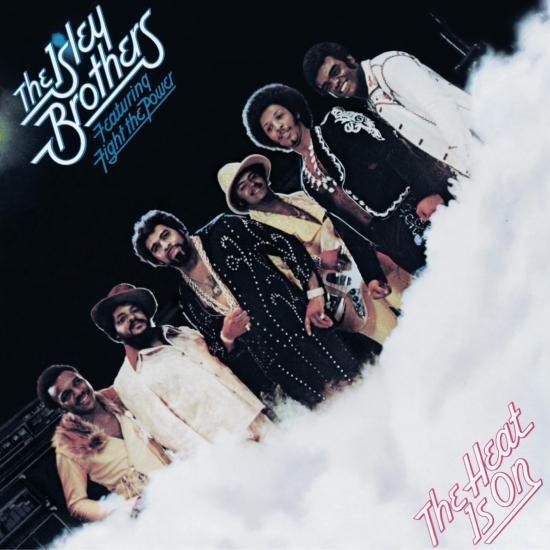 Info for The Heat Is On

A great mix of heavy funk and sweeter ballads from the Isley Brothers – and a record that's filled with two-part tracks that really let them stretch out and groove! The tunes have a bit more bass and keyboards than before – an approach that's even more electric than Isley funk of a few years back, and which steps out in some tightly vamping rhythms that still crackle with plenty of warmth and soul – especially on the mellower numbers, which dominate side two of the record, and really make this one worth having!
„1975's The Heat Is On was the third album that the Isley Brothers recorded with their 3 + 3 lineup, and by that time, the lineup had really perfected its attractive soul/rock sound. The Isleys were providing great R&B long before keyboardist Chris Jasper, bassist Marvin Isley, and the distinctive guitarist Ernie Isley came on board in 1973; nonetheless, the newcomers added a lot to the group and helped it provide some of its best recordings. Marvin's basslines are as funky as it gets, and the Jimi Hendrix-influenced Ernie is a killer guitarist; he would have been perfect for Deep Purple, Blue Öyster Cult, or Judas Priest if the Isley Brothers hadn't kept him busy in the 1970s. One of the 3 + 3 gems that no Isleys fans should be without is The Heat Is On, which is best known for the sweaty funk classic "Fight the Power" and the sexy quiet storm slow jam "For the Love of You." Lead vocalist Ronald Isley is as convincing on the funk scorchers as he is on caressing ballads like "Make Me Say It Again Girl" and "Sensuality." Meanwhile, "Hope You Feel Better Love" is brilliant because it contrasts those two sides of the 3 + 3 lineup -- the verses are sweetly melodic, but the chorus is forceful and explosive. Superb from start to finish, The Heat Is On is among The Isleys' most essential albums.“ (Alex Henderson, AMG)
Ernie Isley, congas, drums, guitars, maracas, percussion, timbales
Marvin Isley, bass
O'Kelly Isley, Jr., background vocals
Ronald Isley, vocals
Rudolph Isley, vocals
Chris Jasper, piano, ARP synthesizer, Clavinet, keyboards
Recorded 1975 at Kendun Recorders, Burbank, California
Engineered by Malcolm Cecil, Robert Margouleff
Produced by The Isley Brothers
Digitally remastered