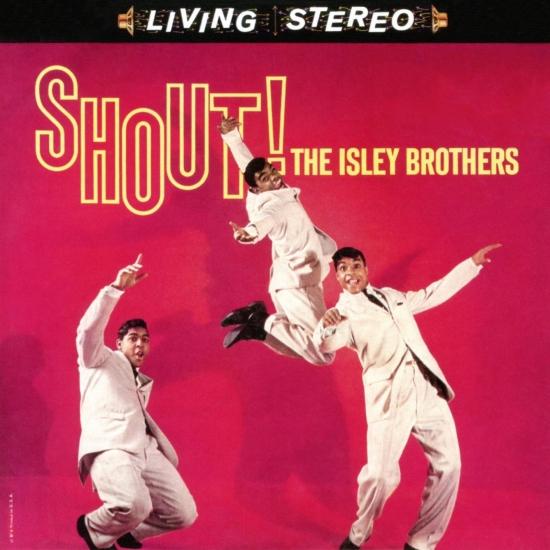 Though „Shout!“ was the first album of the Isley Brothers' multi-decade career, their signature raw-edged soul is fully formed here and comes on like gangbusters. Combining elements of gospel, R&B, and rock & roll, the Isleys visit traditional songs ('When the Saints Go Marching In'), torchy ballads ('Turn to Me'), hymns ('He's Got the Whole World in His Hands'), doo wop ('Without a Song'), and popular tunes of the time (their version of 'Rock Around the Clock' blows Bill Haley's out of the water).
„Shout!“ fairly bursts at the seams with energy; the rhythm section chugs like a freight train, electric guitars sting (the fiery solo on 'Yes Indeed' stands against any Sun Studio recording), and the Isleys' screams, yelps, and call-and-response sections balance impeccably precise singing. The apex of the album, of course, is the title track, which lays down four minutes and 25 seconds of pure R&B bliss. From its insistent tambourine to the slinky half-time change-up, to its famed 'a little bit softer now/a little bit louder now' instructions, 'Shout' is, like the album, a celebration of life.
'Shout' is like a tent revival gone haywire, with the merest scraps of a song -- a groove and a few phrases -- igniting a soul explosion the likes of which had never been heard on record. The song was only a minor hit, but has been granted immortality for its exuberance and influence. The album of the same name, the Isley Brothers' full-length debut in 1959, shows what a gulf existed between the Isleys and their old-school producers. The menu of standards and white rock & roll songs like 'Rock Around the Clock' may have worked well for someone like Brook Benton, but the Isley Brothers sound tense on these songs, like they want to break loose. Collectables' skimpy 1990 Shout!“ (Greg Adams, AMG)
Ronald Isley, vocals
O'Kelly Isley, Jr., background vocals
Rudolph Isley, background vocals
Recorded 1959 at RCA Victor's Music Center Of The World in New York
Produced by Hugo Peretti, Luigi Creatore
Digitally remastered