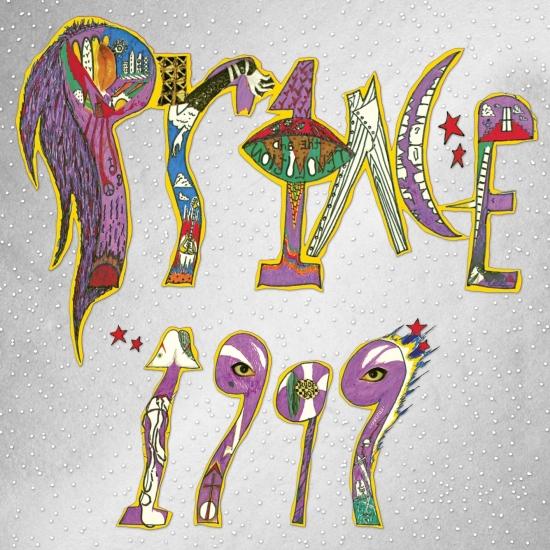 2019 Remaster! The Super Deluxe Edition brings fans all the audio material that Prince officially released in and around 1982, as well as 23 previously unissued studio tracks recorded between November 1981 and January 1983, and a complete live audio performance of the 1999 tour recorded at the late show (the second of two that day) in Detroit, MI on November 30, 1982.
The 1982 album, which features the hits ‘1999,’ ‘Little Red Corvette’ and ‘Delirious’ was a major turning point in Prince’s career, delivering top 10 singles in the pop charts in both sides of the Atlantic (albeit in Britain it was via a double A-side reissue). The groundwork was effectively laid for even bigger success with Purple Rain (which was re-released in 2017).
“I didn’t want to do a double album, but I just kept writing... I always compare songwriting to a girl walking in the door. You don’t know what she’s going to look like, but all of a sudden she’s there.” (Prince, November 1982)
Prince's fifth album came right before the lascivious multi- instrumentalist became a huge star with his 1984 film and soundtrack, Purple Rain. But Prince had already proved himself to be the most audacious talent to emerge in the 1980s, and 1999, the bulk of which features Prince on all the instruments, reflects the dance-rock styles that he also brought to the acts he produced, particularly the Time. Prince knows how to run a one-man-band. Here, individual instruments don't blend together as much as they compete in a funky showdown which allows tracks like "Automatic", "DMSR" and "Delirious" to sustain their long playing times; but the album's two enduring hits, "1999" and "Little Red Corvette", outshine the rest, and define the essential roles that rock and funk play in Prince's music. "Little Red Corvette" is a sexy song about a car, which would have been enough to make it a terrific rock song even if it didn't also boast an infectious chorus and a great guitar part. (John Milward)
Prince, vocals, guitar, keyboards, drums
Wendy Melvoin, vocals, guitar, percussion, background vocals
Dez Dickerson, vocals, guitar
Lisa Coleman, vocals, sitar, keyboards, background vocals
Jamie Shoop, vocals (on "D.M.S.R.")
Mark Brown, vocals, hand claps, background vocals (on "D.M.S.R.")
Vanity, vocals, background vocals (on "Free")
Jill Jones, lead vocals ("1999")
Peggy McCreary, vocals
Jamie Starr, vocals
Engineered by Don Batts
Mixed by Peggy McCreary
Mastered by Bernie Grundman at A&M Mastering Studios
Recorded and mixed at Sunset Sound
Produced by Prince
Digitally remastered
Rolling Stone's 100 Best Albums Of The Eighties # 16/100