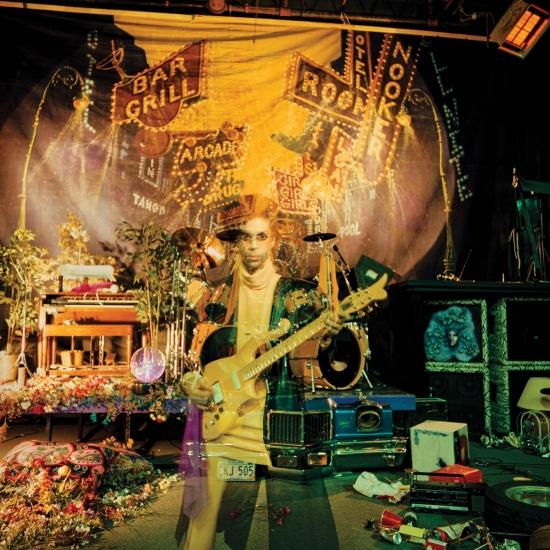 “I feel that we’re on the brink of something. It is going to be strict and wild and pretty.” — Prince, 1986
More than any other release in his four-decade-long recording career, Prince's iconic double album Sign O' The Times captured the artist in a period of complete reinvention.
Primarily recorded between the end of 1985 and beginning of 1987, the era saw the dissolution of his band The Revolution, the end of his engagement to Susannah Melvoin, and the creation (and ultimate abandonment) of the albums Dream Factory, Camille, and Crystal Ball. By the end of that period of transformation, Prince emerged with one of his most urgent and wide-ranging releases to date — an epochal double album that would be hailed as a creative, critical, and commercial triumph.
The Super Deluxe Edition includes all the audio material that Prince officially released in 1987, as well as 45 previously unissued studio songs recorded between May 1979 and July 1987, and a complete live audio performance from the June 20, 1987 stop on the Sign O’ The Times Tour at Stadium Galgenwaard in Utrecht, The Netherlands.
Prince, lead vocals and various instruments
Wendy Melvoin, guitar and backing vocals (7), tambourine and congas (12, 15)
Lisa Coleman, backing vocals (7), Fairlight sitar and wooden flute (12), keyboards and backing vocals (15)
Sheila E., drums and percussion (10), percussion and rap (15)
Dr. Fink, keyboards (15)
Miko Weaver, guitar (15)
Brown Mark, bass (15)
Bobby Z., drums (15)
Eric Leeds, saxophone (3, 7, 8, 15, 16)
Atlanta Bliss, trumpet (3, 7, 15, 16)
Susannah Melvoin, backing vocals (2, 4, 6), vocals (15)
Jill Jones, vocals (15)
Sheena Easton, contributing artist (10)
Clare Fischer, string arrangements
Digitally remastered by Bernie Grundman