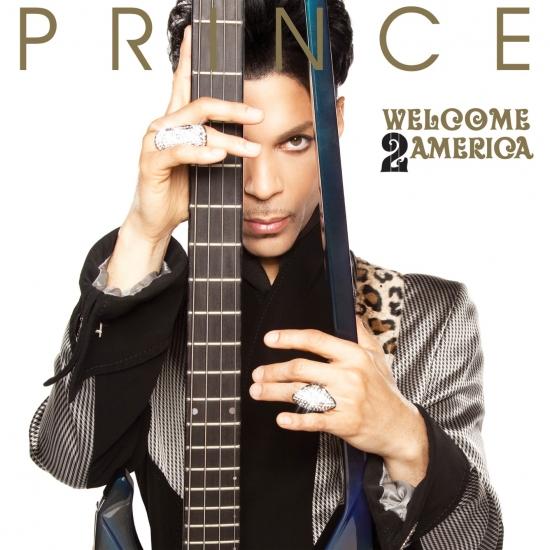 Welcome 2 America has been announced for release in July 2021. It is the first full previously-unreleased studio album of Prince material to be released posthumously, and the tenth posthumous album release overall. Recorded in 2010, the album was tentatively planned for release in 2011, likely as a follow-up to 20Ten and in conjunction with the Welcome 2 America Tour, which ran from December 2010 to May 2011. The album was abandoned at the time for unknown reasons, however. The album as announced for release in July 2021 makes use of what’s believed to be the final configuration of the album.
Sessions and compiling: The tracks tentatively planned for inclusion on the album were thought to be recorded in 2010 and early 2011, although specific recording dates are not known, and the official press release states that the album was recorded in "Spring 2010." Hot Summer and Stand Up And B Strong are known to have been recorded in Spring 2010 (before the release of the 20Ten album), and may have been the earliest tracks recorded for this album, but this is unconfirmed. Morris Hayes co-produced the album with Prince (as "Mr. Hayes").
Black Muse and Cause And Effect are two more tracks assumed to have been recorded around the same time but it’s unclear if they were at any point slated for inclusion on the album.
Prince, vocals, all instruments
Mr. Hayes, keyboards, percussion
Chris Coleman, drums
Tal Wilkenfeld, bass
Ida Nielsen, bass
Michael B. Nelson, trombone, horn arrangements
Steve Strand, trumpet
Dave Jensen, trumpet
Kenni Holmen, tenor saxophone, flute
Kathy Jensen, baritone saxophone, clarinet
Shelby J., backing vocals
Elisa Dease, backing vocals
Liv Warfield, backing vocals
Recorded 2010 at Paisley Park Studios, Chanhassen, MN, USA
Produced by Prince
Digitally remastered