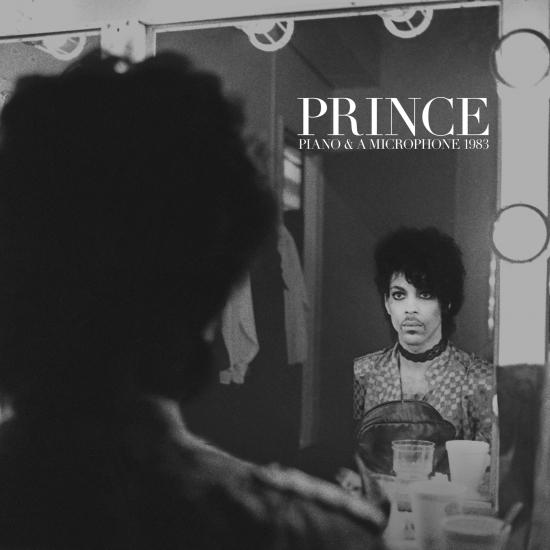 Info for Piano & A Microphone 1983 (Remastered)

Taken from a private rehearsal recording at his home in Minnesota: Recorded in 1983 at Prince's Kiowa Trail home studio in Chanhassen, MN & engineered by Don Batts, Piano & A Microphone 1983 is a nine track, 35-minute album features a previously unreleased home studio cassette recording of Prince at his piano.
The private rehearsal provides a rare, intimate glimpse into Prince's creative process as he worked through songs which include 17 Days and Purple Rain (neither of which would be released until 1984), a cover of Joni Mitchell's A Case Of You, Strange Relationship (not released until 1987 on his critically acclaimed Sign O' The Times album), and International Lover.
“This raw, intimate recording, which took place at the start of Prince’s career right before he achieved international stardom, is similar in format to the Piano & A Microphone Tour that he ended his career with in 2016,” shared Prince Estate entertainment adviser Troy Carter.
Tracks include a recording of 19th century spiritual ‘Mary Don’t You Weep’, early versions of ’17 Days’ and ‘Purple Rain’ both of which which Prince released in 1984, a cover of Joni Mitchell’s ‘A Case of You’, ‘Strange Relationship’ (released in 1987), and ‘International Lover’.
The album also includes a rare recording of the 19th Century spiritual Mary Don't You Weep, featured during the end credits of Spike Lee's BlacKkKlansman. For fans of Prince s spontaneous live medleys, tracks 1-7 of the album are presented in that same format as they were originally recorded.
Recording Process: The album documents a home studio cassette recording by Prince. It was likely recorded by Prince to document works-in-progress and as a rehearsal only, rather than with the intention of using these recordings as a basis for overdubs or additional work.
Of the nine songs included on the album, four had not been previously released in any form by Prince: Mary Don't You Weep (a cover version of an old negro spiritual from the American Civil War), Wednesday, Cold Coffee & Cocaine, and Why The Butterflies. A studio version of Wednesday was recorded on 24 October 1983, and was included as the fifth track on a 7 November 1983, configuration of Purple Rain, but was removed from the album and the movie as the project progressed. It is not known if, but seems unlikely that full studio versions of Mary Don't You Weep, Cold Coffee & Cocaine, and Why The Butterflies were ever recorded.
The remaining five tracks on the album have been released in other versions previously, although on disparate projects. International Lover was recorded in the studio on 14 January 1982 and released on Prince's fifth album 1999 later in 1982. Strange Relationship was initially recorded on 14 March 1983, but was worked on heavily over the next four years before it was released on Prince's ninth album Sign O' The Times in 1987. 17 Days, which had been recorded for Apollonia 6 at the time of the rehearsal session documented here, was re-recorded by Prince in January 1984 and released as the b-side of When Doves Cry. Purple Rain had been recorded live on 3 August 1983 and was released on Prince's sixth album Purple Rain, the first album to be credited to Prince and the Revolution, in 1984. A Case Of You was recorded by Prince in the studio almost 20 years after the session documented here, in Spring 2001, and released on his 25th album One Nite Alone... (which was similarly subtitled Solo piano and voice by Prince) in 2002.
Prince, all vocals, piano