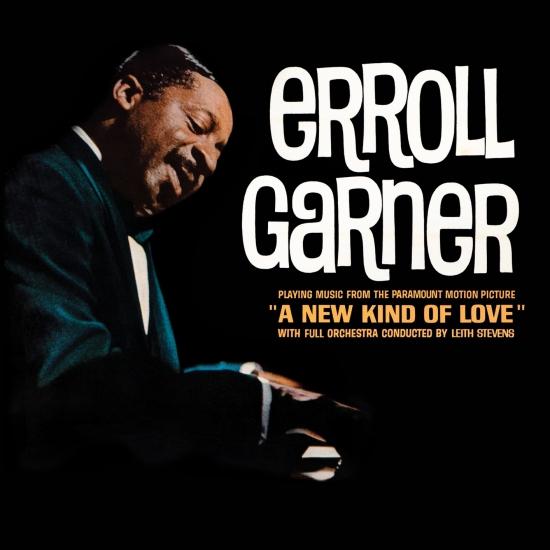 Info for A New Kind of Love (Remastered)

While the emotionally charged music of Erroll Garner is particularly well suited for the big screen, and has been used in countless films over the years, he only ever composed this one film score. A natural orchestrator and with an uncanny ability to sound like an entire orchestra by himself, on this record Garner makes singular use of a 35-piece orchestra to bring his music to new heights.
On A New Kind of Love, Garner makes his debut as a composer of motion picture themes and brings his piano artistry into a new dimension, within the setting of a magnificent 35-piece orchestra conducted by veteran Hollywood arranger-conductor Leith Stevens.
For this album, Garner has taken the themes he composed for the score of A New Kind of Love, starring Joanne Woodward and Paul Newman, and re-created them expressly for this recording. He extended his own compositions and re-interpreted the film’s standard songs, far beyond their original use in the picture score, with enormously fulfilling and exciting results.
One of the most amazing aspects of this recording was that Garner did not employ any overdubbing; the entire piano track was improvised and recorded together with the orchestra. The uninhibited imagery which is characteristic of Garner’s piano improvisations was given full reign here, vividly complementing the orchestrations.
Erroll Garner, piano
Eddie Calhoun, double bass
Kelly Martin, drums
Leith Stevens, conductor
Digitally remastered