The Kick Inside (2018 Remaster) Kate Bush 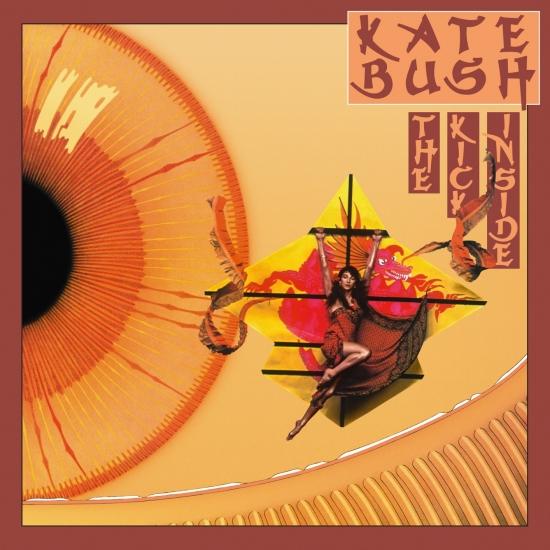 Info for The Kick Inside (2018 Remaster)

'The Kick Inside' is Kate Bush's debut album, released by EMI Records on 17 February 1978. The album was produced by David Gilmour's friend and associate, Andrew Powell and features 13 tracks.
The Kick Inside reveals a young artist positioning herself strategically between the ancient and the modern, between folklore and pop music. Sounding very much of its moment, it is nevertheless an album populated by ghosts and spirits. Not goth but certainly gothic, it is an album of hauntings. Some are literal: That’s Catherine Earnshaw’s spirit tapping at the window in “Wuthering Heights.” Other are figurative: The spellbinding music she describes in “The Saxophone Song” seems to have supernatural origins and powers, and the mysterious lover in “The Man with the Child in His Eyes” only appears “when I turn off the light.” Remarkably these ghosts are not diminished by the modern sound of The Kick Inside. Rather, they thrive in that friction between the old and the new.
"Kate Bush's first album, The Kick Inside, released when the singer/songwriter was only 19 years old (but featuring some songs written at 15 and recorded at 16), is her most unabashedly romantic, the sound of an impressionable and highly precocious teenager spreading her wings for the first time. The centerpiece is "Wuthering Heights," which was a hit everywhere except the United States (and propelled the Emily Brontë novel back onto the best-seller lists in England), but there is a lot else here to enjoy: The disturbing "Man with the Child in His Eyes," the catchy rocker "James and the Cold Gun," and "Feel It," an early manifestation of Bush's explorations of sexual experience in song, which would culminate with "Hounds of Love." As those familiar with the latter well know, she would do better work in the future, but this is still a mightily impressive debut." (Bruce Eder, AMG)
Kate Bush, piano, vocals, backing vocals
Ian Bairnson, electric guitar, acoustic guitar (except on 2), backing vocals (9), beer bottles (12)
Paul Keogh, acoustic guitar (2)
Alan Parker, electric guitar, acoustic guitar (2)
Duncan Mackay, Hammond organ (4, 6, 7), synthesizer (3), piano, Fender Rhodes (1, 10), clavinet (4)
Andrew Powell, arrangements, synthesizer (2, 9), bass guitar (6), piano, Fender Rhodes (2, 3), celeste (6), beer bottles (12)
David Paton, bass (except on 2 and 6), acoustic guitar (6, 9), background vocals (9)
Bruce Lynch, bass (2)
Stuart Elliott, drums (except on 2), percussion (9, 12)
Barry de Souza, drums (2)
Morris Pert, percussion (3, 4, 6), boobam (12)
Paddy Bush, mandolin (9), vocals (11)
Alan Skidmore, saxophone (2)
David Katz, orchestra contractor
Produced by Andrew Powell
Digitally remastered