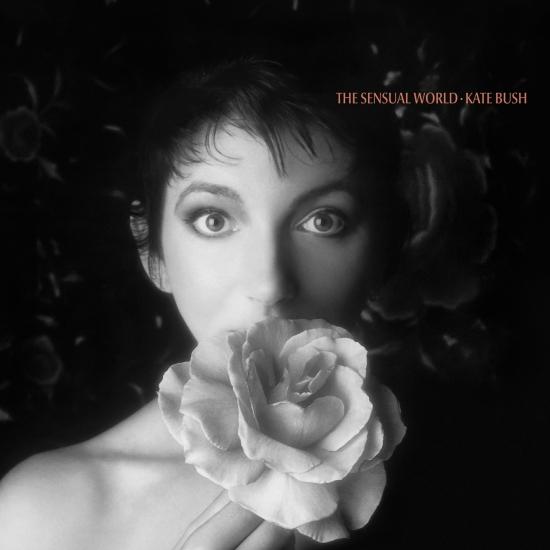 Info for The Sensual World (2018 Remaster)

The Sensual World is the sixth studio album by Kate Bush. It was released in October 1989 and reached no. 2 in the UK album chart.
Song written by Kate Bush. Originally released as a single by EMI Records on 18 September 1989. Also released on her sixth album The Sensual World. Bush was inspired to write the song after hearing Irish actress Siobhan McKenna read the closing soliloquy from James Joyce's 'Ulysses', where the character Molly Bloom recalls her earliest sexual experience with husband-to-be Leopold Bloom. The book was published in 1922. Kate, believing the text had fallen to public domain, simply lifted parts from it and sang them on the backing track she'd created. She approached director Jimmy Murakami to make a video for the song, and he expressed doubts because he suspected James Joyce's grandson Stephen James Joyce had the rights to the book. Kate then contacted him numerous times, but the Joyce estate refused to release the words. She spent over a year trying to gain permission before accepting defeat.
In the end, she kept the backing track but "re-approached the words", writing a lyric that sounded a lot like the original text but also added the dimension of 'stepping out of the page / into the sensual world', in effect Molly Bloom stepping out of the book and walking into real life.
Musically, one of the main hooks in the chorus of The Sensual World was inspired by a traditional Macedonian piece of music called 'Nevestinsko Oro' ('Bride's Dance'). A recording of this piece of music was sent to Kate by Jan Libbenga. As in the traditional version, the melody is played on uilleann pipes, in this case by Irish musician Davy Spillane.
"An enchanting songstress, Kate Bush reflects the most heavenly views of love on the aptly titled The Sensual World. The follow-up to Hounds of Love features Bush unafraid to be a temptress, vocally and lyrically. She's a romantic, frolicking over lust and love, but also a lover of life and its spirituality. The album's title track exudes the most sensually abrasive side of Bush, but she is also one to remain emotionally intact with her heart and head. The majority of The Sensual World beams with a carefree spirit of strength and independence. "Love and Anger," which features blistering riffs by Bush's mentor and cohort David Gilmour, thrives on self-analysis -- typically cathartic of Bush. Michael Nyman's delicate string arrangements allow the melodic "Reaching Out" to simply arrive, freely floating with Bush's lush declaration ("reaching out for the star/reaching out for the star that explodes") for she's always searching for a common peace, a commonality to make comfort. What makes this artist so intriguing is her look toward the future -- she appears to look beyond what's present and find a peculiar celestial atmosphere in which human beings do exist. She's conscious of technology on "Deeper Understanding" and of a greater life on the glam rock experimental "Rocket's Tail (For Rocket)," yet she's still intrinsic to the reality of an individual's heart. "Between a Man and a Woman" depicts pressure and heartbreak, but it's the beauty of "This Woman's Work" that makes The Sensual World the outstanding piece of work that it is. She possesses maternal warmth that's surely inviting, and it's something that's made her one of the most prolific female singer/songwriters to emerge during the 1980s. She's never belonged to a core scene. Bush's intelligence, both as an artist and as a woman, undoubtedly casts her in a league of her own." (MacKenzie Wilson, AMG)
Kate Bush, vocals, piano, keyboards
David Gilmour, guitar (2,9)
Alan Murphy, guitar (3,5,7)
John Sheahan, fiddle (1)
Nigel Kennedy, violin solo (3), viola (5)
Jonathan Williams, cello (3,5,7)
Alan Stivell, celtic harp (3,7), backing vocals (7)
Balavescu String Quartet (4)
Davey Spillane, Uilleann pipes (1,8), whistles (3)
Donal Lunny, bouzouki (1)
Del Palmer, bass (1,4,7), percussion & rhythm guitar (5), Fairlight programming
John Giblin, bass (2,6,9)
Mick Karn, bass (5)
Eberhard Weber, bass (8)
Charlie Morgan, drums (1,4)
Stuart Elliott, drums (2,3,5-9)
Paddy Bush, whips (1), valiha (2), mandolin (4), tupan (6), backing vocals (2)
The Trio Bulgarka, vocals (6,8,9)
Yanka Rupkhina, vocal soloist (6,9)
Dimitri Penev, vocals arrangements (6,8,9)
Michael Kamen, orchestral arrangements (3,5,10)
Michael Nyman, string arrangements (4)
Bill Whelan, Irish arrangements
Produced by Kate Bush
Digitally remastered