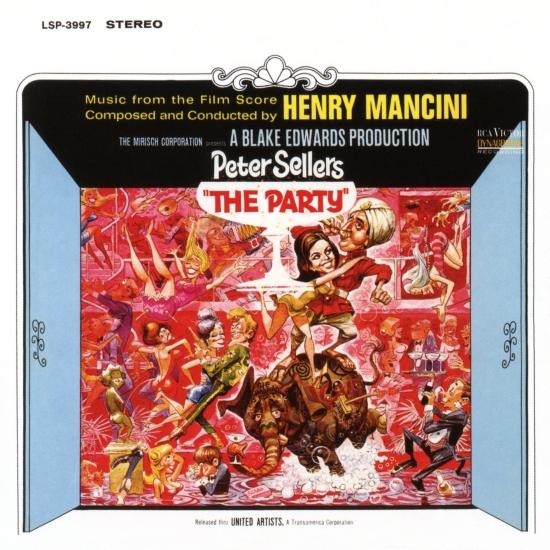 Info for The Party (The Original Sound Track Recording)

„Henry Mancini delivers yet another soundtrack for one of director Blake Edwards' '60s celluloid romps. Peter Sellers stars as a hapless East Indian actor mistakenly invited to a big Hollywood producer's party; the ensuing hijinks prompt Mancini to come up with large doses of cocktail jazz -- both ballad and swing form -- and some bossa nova for color.
There's even a mod-surf cut ("Chicken Little Was Right") and a bit of sitar-and-tabla action to properly (or kitschy) frame the Bombay partygoer. And helping to make the varied mix more than just a lounge yawner, Mancini utilizes the services of such jazz luminaries as tenor saxophonist Plas Johnson, pianist Jimmy Rowles, trumpeter Jack Sheldon, and drummer Shelly Manne to keep things hip. A swinging party, indeed.“ (Stephen Cook, AMG)
Digitally remastered by Elliott Federman at SAJE Sound, New York