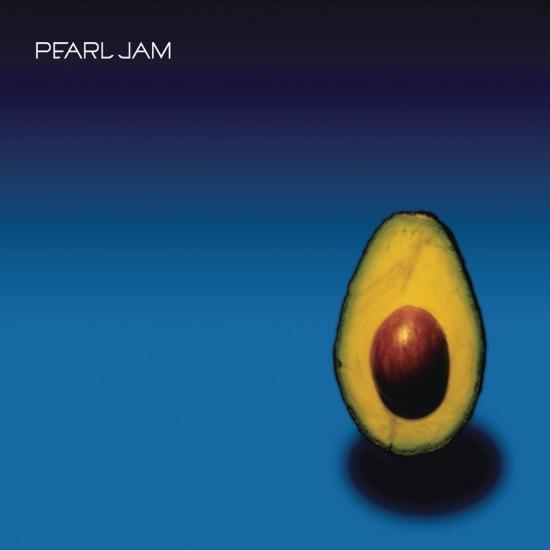 On its self-titled 2006 album, the band's first for J Records, Pearl Jam offers up a vital and assured set of songs that nods to the Seattle-based group's early-1990s heyday while revealing a slightly updated and streamlined approach. Whereas some previous releases were marked by experimental moments that employed Eastern instrumentation, programmed loops, and other adventurous flourishes, PEARL JAM finds the ensemble sticking to a no-frills, riff-centered sound that's bolstered by some of the quintet's most engaging melodies since TEN and VS. Though much of the record is comprised of propulsive rock tunes ("World Wide Suicide," "Comatose") that feature impassioned performances from frontman Eddie Vedder and blistering lead lines from guitarist Mike McCready, tracks such as the chiming, Beatlesque "Parachutes" and the melancholy "Gone" showcase Pearl Jam's range without resorting to unnecessary bells and whistles. Much in the way that U2 reignited its career with „All That You Can't Leave Behind“, this album finds Pearl Jam successfully going back to basics while still moving forward.
"These are songs about universal accountability and the still-revolutionary power of individual dissent." (Rolling Stone)
"[A]s big and brash in fuzz and backbone as Led Zeppelin's PRESENCE....The politics on PEARL JAM are not those or left but of engagement and responsibility." (Rolling Stone)
Nearly 15 years after Ten, Pearl Jam finally returned to the strengths of their debut with 2006's Pearl Jam, a sharply focused set of impassioned hard rock. Gone are the arty detours (some call them affectations) that alternately cluttered and enhanced their albums from 1993's sophomore effort, Vs., all the way to 2002's Riot Act, and what's left behind is nothing but the basics: muscular, mildly meandering rock & roll, enlivened by Eddie Vedder's bracing sincerity. Pearl Jam has never sounded as hard or direct as they do here -- even on Ten there was an elasticity to the music, due in large part to Jeff Ament's winding fretless bass, that kept the record from sounding like a direct hit to the gut, which Pearl Jam certainly does. Nowhere does it sound more forceful than it does in its first half, when the tightly controlled rockers "Life Wasted," "World Wide Suicide," "Comatose," "Severed Hand," and "Marker in the Sand" pile up on top of each other, giving the record a genuine feeling of urgency. That insistent quality and sense of purpose doesn't let up even as they slide into the quite beautiful, lightly psychedelic acoustic pop of "Parachutes," which is when the album begins to open up slightly. If the second half of the record does have a greater variety of tempos than the first, it's still heavy on rockers, ranging from the ironic easy swagger of "Unemployable" to the furious "Big Wave," which helps set the stage for the twin closers of "Come Back" and "Inside Job." The former is a slow-burning cousin to "Black" that finds Pearl Jam seamlessly incorporating soul into their sound, while the latter is a deliberately escalating epic that gracefully closes the album on a hopeful note -- and coming after an album filled with righteous anger and frustration, it is indeed welcome. But Pearl Jam's anger on this eponymous album is not only largely invigorating, it is the opposite of the tortured introspection of their first records. Here, Vedder turns his attention to the world at large, and while he certainly rages against the state of W's union in 2006, he's hardly myopic or strident; he's alternately evocative and specific, giving this album a resonance that has been lacking in most protest rock of the 2000s. But what makes Pearl Jam such an effective record is that it can be easily enjoyed as sheer music without ever digging into Vedder's lyrics. Song for song, this is their best set since Vitalogy, and the band has never sounded so purposeful on record as they do here, nor have they ever delivered a record as consistent as this. And the thing that makes the record work exceptionally well is that Pearl Jam has embraced everything they do well, whether it's their classicist hard rock or heart-on-sleeve humanitarianism. In doing so, they seem kind of old fashioned, reaffirming that they are now thoroughly outside of the mainstream -- spending well over a decade galloping away from any trace of popularity will inevitably make you an outsider -- but on their own terms, Pearl Jam hasn't sounded as alive or engaging as they do here since at least Vitalogy, if not longer. (Stephen Thomas Erlewine, AMG)
Eddie Vedder, guitar, vocals
Stone Gossard, guitar
Mike McCready, guitar
Jeff Ament, bass
Matt Cameron, drums, percussion, backing vocals
Recorded November 2004 – February 2006 at Studio X, Seattle, Washington
Produced by Adam Kasper, Pearl Jam
Digitally remastered