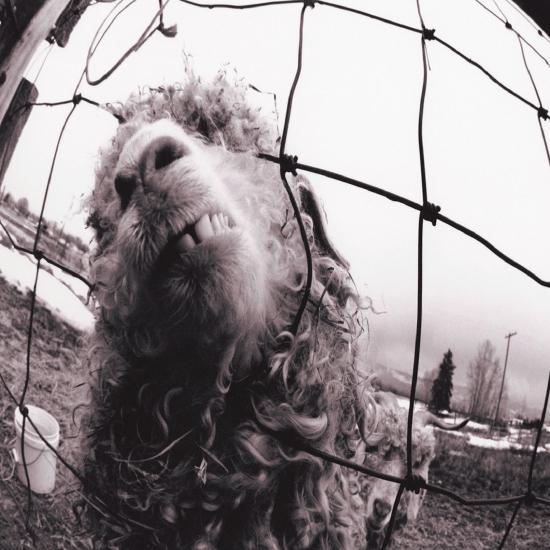 VS. was nominated for a 1995 Grammy Award for Best Rock Album. 'Daughter' was nominated for Best Rock Performance By A Duo Or Group With Vocals, and 'Go' was nominated for Best Hard Rock Performance.
Although it topped the pop charts and sold 5 million copies, Pearl Jam's stunning second album is unknown to much of the rock audience. Recoiling from the octopus-like grasp of the music industry, the group refused to support VS. with either videos, singles or a major tour, and rock radio was given just two acoustic-powered ballads, 'Daughter' and 'Elderly Woman Behind The Counter In A Small Town,' as so-called emphasis tracks.
The former was about a sexually abused young girl promising to rise above her past, the latter about a forgotten woman with nothing but long gone memories. The rest of the album rocked significantly harder--harder and more raw, in fact, than anything on TEN--and zoomed in on a cusp between those two stories, on moments when outlaws, outcasts, the dispossessed and the disaffected were being called to political judgment. The woman sheltering a 'Dissident' gives in and turns him over to the police. But the abused subjects of 'Go' and 'Rearviewmirror'--two of the album's most musically heroic songs--manage to turn the tables and get away.
There was a suffocating bleakness to much of VS. (in 'Rats,' humans are compared most unfavorably to those animals) that would have dragged down a lesser rock band. But singer Eddie Vedder had the support of one of the most transcendent of all classic-rock bands, with a supple rhythm section and two creatively complicated guitarists equally at home with the thrashy pulse of 'Go,' the delicate prettiness of 'Elderly Woman...' (check out the layered, stereo guitar work there) and the new wave angularity of a song like 'Glorified G.' It was serious, but also serious rock and roll.
Eddie Vedder, vocals
Stone Gossard, guitar
Mike McCready, guitar
Jeff Ament, bass
Dave Abbruzzese, drums
Recorded March–May 1993 at The Site in Nicasio, California and Potatohead Studio in Seattle, Washington
Engineered by Nick DiDia
Produced by Brendan O'Brien, Pearl Jam
Digitally remastered