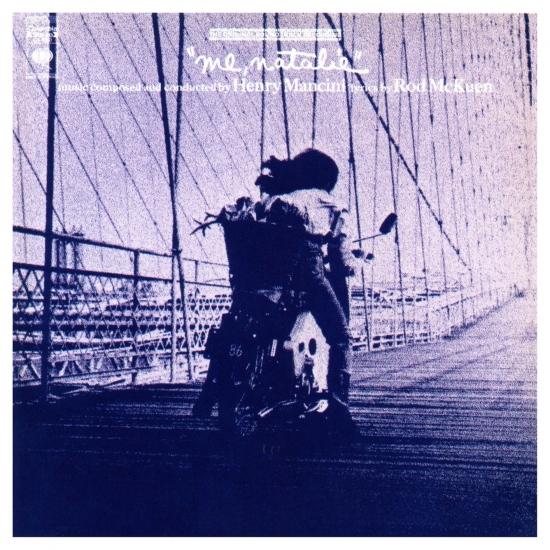 Info for Me, Natalie (The Original Sound Track Recording)

Music from the film starring Patty Duke and Salome Jens. Natalie is a 1969 American comedy-drama film directed by Fred Coe. The screenplay by A. Martin Zweiback is based on an original story by Academy Award-winner Stanley Shapiro, who previously wrote Pillow Talk, Lover Come Back, and That Touch of Mink for Doris Day. Al Pacino's film career began here.
In his review in the New York Times, Vincent Canby called the film 'an artificial mess of wisecracks and sentimentality' and added, 'Locales and a gummy musical score by Henry Mancini and Rod McKuen are among the things constantly impinging on Me, Natalie. Another is Coe's apparent indecision as to whether the movie is a character study or a gag comedy. Mostly it's just gags, delivered abrasively by Miss Duke, who is even less effective when registering pathos.'
Rod McKuen, vocals (on „Natalie“ and „We“)
Alan Braunstein, vocals (on „Off-Ramp To Nowhere“)
Patty Duke, voice (on „Dear David“)
Produced by Henry Mancini
Digitally remastered