Kisses On The Bottom Paul McCartney 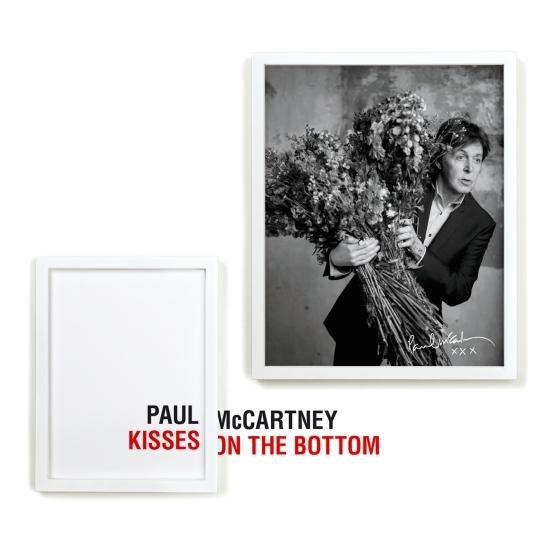 Info for Kisses On The Bottom

Paul has apparently had some fun with his choice of album title-while causing some confusion amongst those who have historically subjected his every move to microscopic scrutiny (with many fixating on an anatomical interpretation!). The phrase “Kisses On The Bottom“ however, actually comes from the album's opener „I’m Gonna Sit Right Down And Write Myself A Letter“. Originally made a big hit by Fats Waller in 1935, the song opens with the lines ‘I'm gonna sit right down and write myself a letter and make believe it came from you. I'm gonna write words oh so sweet. They're gonna knock me off of my feet. A lot of kisses on the bottom, I'll be glad I got ‘em'.
“Kisses On The Bottom“ is a collection of standards Paul grew up listening to in his childhood as well as the two new McCartney compositions „My Valentine“ and „Only Our Hearts“. With the help of Grammy Award-winning producer Tommy LiPuma and Diana Krall and her band-as well as guest appearances from Eric Clapton and Stevie Wonder, McCartney's new album is a deeply personal journey through classic American compositions that, in some cases, a young Paul first heard his father perform on piano at home. The full track-listing reveals that Paul has been both reverent and adventurous in his song choices.
The album was recorded at the legendary Capitol Studios in Los Angeles, New York and London throughout 2011. It also features guest musicians Eric Clapton and Stevie Wonder, respectively, on the original compositions „My Valentine“ and „Only Our Hearts“. Eric also appears on the track ‘Get Yourself Another Fool'.
'[McCartney] refreshes 'Bye Bye Blackbird' and Irving Berlin's 'Always' like a cool spring breeze...' (Entertainment Weekly)
'McCartney's voice fits these arrangements....This album is made with care, love and expertise and it shows on every song.' (Uncut)
Recorded at Abbey Road Studios, London, Avatar Studios, New York, Capitol Studios, Los Angeles
Engineered by Elliot Scheiner, Al Schmitt, Steve Genewick, Brian Montgomery
Produced by Tommy LiPuma

Booklet for Kisses On The Bottom