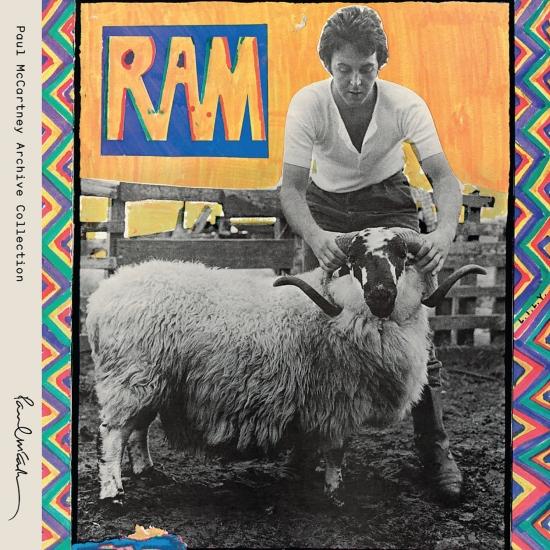 RAM, originally released in May of 1971, is the only album to be credited to both Paul and Linda McCartney and was Paul’s second post-Beatles LP. It was overshadowed at the time by the drama of the dissolution of The Beatles, as played out in the world’s media. The album topped the charts hitting #1 in the UK and #2 in the US. While RAM polarized critics upon its release, music fans and critics alike since have overwhelmingly embraced it, with Rolling Stone, for example, revising their original review up to 4 stars. Recently RAM has enjoyed even further re-appraisal and acknowledgement including a number of tribute albums.
RAM was written by Paul and Linda, mostly at their Scottish farm on the Mull of Kintyre. In the autumn of 1970 they flew to New York to start the recording process. Without a band in place they auditioned and drafted musicians, who included future Wings drummer Denny Seiwell and guitarists David Spinozza and Hugh McCracken.
The band completed the album in early 1971 along with non-album tracks ‘Another Day’ and ‘Oh Woman, Oh Why’ which were released together as Paul’s first post-Beatles single ahead of the release of RAM and became a Top 5 global hit. The multi-disc editions of the RAM reissue include both songs as bonus tracks. The album also gave Paul his first post-Beatles US number 1 single with “Uncle Albert/Admiral Halsey” and a Grammy win for Best Arrangement Accompanying Vocalists.
RAM was also issued in mono with alternate mixes, which were only made available to radio stations at the time. This version has gone on to become one of the most sought after McCartney collectables. It will now be commercially available for the first time ever on CD as part of the Deluxe Edition as well as a limited run on vinyl.
1977 saw the release of Thrillington, an instrumental interpretation of RAM, which was originally recorded in 1971 at London’s Abbey Road Studios and was arranged by Richard Hewson. It was released under the pseudonym Percy ‘Thrills’ Thrillington, an unknown eccentric socialite who often cropped up in mysterious newspaper classifieds. In reality Percy was a character devised by Paul and Linda. The idea behind it was simply to have some fun and the concept of doing a full orchestral album was an ambition long held by Paul.
The additional film content features previously unreleased and exclusive content including the brand-new documentary, “Ramming” narrated by Paul, as well as the original music videos for “Heart Of The Country” and “3 Legs.”
The remastering work was done at Abbey Road using the same team who recently remastered the complete Beatles’ catalogue.
"After the breakup, Beatles fans expected major statements from the three chief songwriters in the Fab Four. John and George fulfilled those expectations -- Lennon with his lacerating, confessional John Lennon/Plastic Ono Band, Harrison with his triple-LP All Things Must Pass -- but Paul McCartney certainly didn't, turning toward the modest charms of McCartney, and then crediting his wife Linda as a full-fledged collaborator on its 1971 follow-up, Ram. Where McCartney was homemade, sounding deliberately ragged in parts, Ram had a fuller production yet retained that ramshackle feel, sounding as if it were recorded in a shack out back, not far from the farm where the cover photo of Paul holding the ram by the horns was taken. It's filled with songs that feel tossed off, filled with songs that are cheerfully, incessantly melodic; it turns the monumental symphonic sweep of Abbey Road into a cheeky slice of whimsy on the two-part suite "Uncle Albert/Admiral Halsey." All this made Ram an object of scorn and derision upon its release (and for years afterward, in fact), but in retrospect it looks like nothing so much as the first indie pop album, a record that celebrates small pleasures with big melodies, a record that's guileless and unembarrassed to be cutesy. But McCartney never was quite the sap of his reputation, and even here, on possibly his most precious record, there's some ripping rock & roll in the mock-apocalyptic goof "Monkberry Moon Delight," the joyfully noisy "Smile Away," where his feet can be smelled a mile away, and "Eat at Home," a rollicking, winking sex song. All three of these are songs filled with good humor, and their foundation in old-time rock & roll makes it easy to overlook how inventive these productions are, but on the more obviously tuneful and gentle numbers -- the ones that are more quintessentially McCartney-esque -- it's plain to see how imaginative and gorgeous the arrangements are, especially on the sad, soaring finale, "Back Seat of My Car," but even on its humble opposite, the sweet "Heart of the Country." These songs may not be self-styled major statements, but they are endearing and enduring, as is Ram itself, which seems like a more unique, exquisite pleasure with each passing year." (Stephen Thomas Erlewine, AMG)
Paul McCartney, vocals, harmony and backing vocals, bass, piano, keyboards, guitar, ukulele
Linda McCartney, harmony and backing vocals
David Spinozza, guitar
Hugh McCracken, guitar
Denny Seiwell, drums
Heather McCartney, backing vocals (on "Monkberry Moon Delight")
Marvin Stamm, flugelhorn (on "Uncle Albert/Admiral Halsey")
New York Philharmonic (on "Uncle Albert/Admiral Halsey" and "The Back Seat of My Car")
Recorded 16 October 1970 – 1 March 1971 at Columbia Recording Studio, New York; A&R Recording Studios, New York; Sound Recording Studios, Los Angeles
Produced by Paul McCartney, Linda McCartney
Digitally remastered 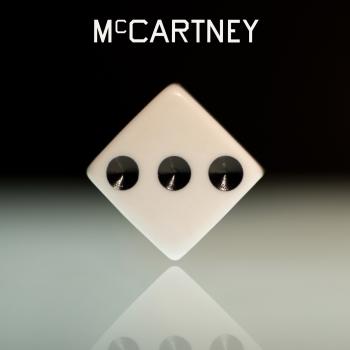