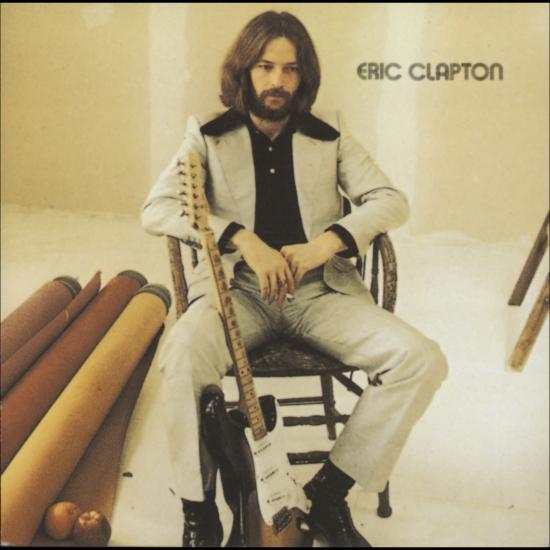 Eric Clapton did a complete 180 from his work of the previous five years. Gone were the long, jazzy solos and rootsy Chicago blues work. In their place, Clapton was stretching as a singer and seeking to define his own song forms, inspired by the Beatles, the Band, and his new found collaborators from the southern R&B circuit, Delaney And Bonnie.
„Eric Clapton“ marks Clapton's first use of the Fender Stratocaster. It‘s high, wirey, percussive sound stands in stark contrast to the dark, fat, singing Gibson sounds Clapton had perfected with John Mayall, Cream and Blind Faith. This new Clapton sound is quite striking, from the twangy leads on his opening instrumental 'Slunky,' to the cutting feints and jabs which transform J.J. Cale's 'After Midnight' into a Clapton signature piece.
Positioned as it is between the legendary „Blind Faith“ and „Layla“ sessions, Eric Clapton has long been underrated by fans and critics alike, but the roots of much of what Clapton's done since „461 Ocean Boulevard“ can be found here: the pithy melodic style of 'Blues Power,' the country/gospel overtones of 'Bottle Of Red Wine,' and the confessional tone of 'Let It Rain.' In addition, „Eric Clapton“ is significant both as a showcase for Clapton's emerging vocal stylings and as a proving ground for his Dominoes rhythm section of drummer Jim Gordon, bassist Carl Radle and keyboardist/vocalist Bobby Whitlock.
Eric Clapton, guitar, vocals
Delaney Bramlett, guitar, vocals
Bonnie Bramlett, vocals
Rita Coolidge, vocals
Sonny Curtis, vocals
Jerry Allison, vocals
Carl Radle, bass
Ginger Baker, drums
Jim Gordon, drums
Bobby Whitlock, organ
Leon Russel, piano
Jim Price, trumpet
Bobby Keys, saxophone
Stephen Stills, guitar, vocals (on Let It Rain)
Recorded at Village Recorders, West Los Angeles, California in 1970
Engineered by Bill Halverson
Produced by Delaney Bramlett and Bill Levenson
Digitally remastered