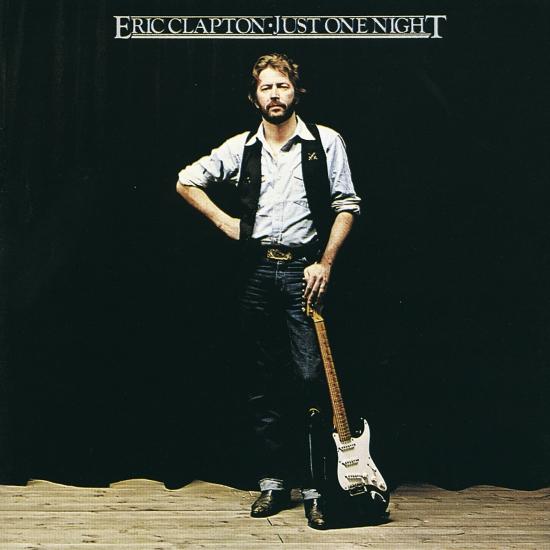 Info for Just One Night

In December 1979, Eric Clapton toured Japan, making a stop at Tokyo's Budokan, where the results were taped and released as the double-album „Just One Night“. For this tour, Clapton's back-up band included regular Joe Cocker keyboardist Chris Stainton and famed English country picker Albert Lee. The set list ignored any history of the legendary guitarist's work as a band member, instead focusing on either solo material or blues favorites. Going beyond familiar numbers such as 'Tulsa Time' and 'Wonderful Tonight,' EC dug deep for lesser-known nuggets like 'If I Don't Be There By Morning' and 'All Our Past Times,' off „There‘s One In Every Crowd“. Clapton's first love remained the blues and its derivatives, so he made sure to pay tribute by covering a number of artists including Maceo Merriweather ('Worried Life Blues'), Otis Rush ('Double Trouble'), J.J. Cale ('After Midnight,' 'Cocaine') and Robert Johnson ('Rambling On My Mind.') Most importantly, Clapton introduced a seven minute-plus reading of 'Further On Up The Road,' a song that became one of his live staples.
'The most notable difference between 'Just One Night' and Clapton's other live albums is his backing band. Led by guitarist Albert Lee, the group is a collective of accomplished professionals that have managed to keep some grit in their playing. They help push Clapton along, forcing him to spit out crackling solos throughout the album. More than any other Clapton live album, 'Just One Night' suggests the guitarist's in-concert potential.' (Rolling Stone)
Eric Clapton, vocals, guitar
Albert Lee, vocals, guitar, keyboards
Chris Stainton, keyboards
Dave Markee, bass
Henry Spinetti, drums
Recorded live at the Budokan Theatre, Tokyo, December 1979
Digitally remastered