There's One In Every Crowd Eric Clapton 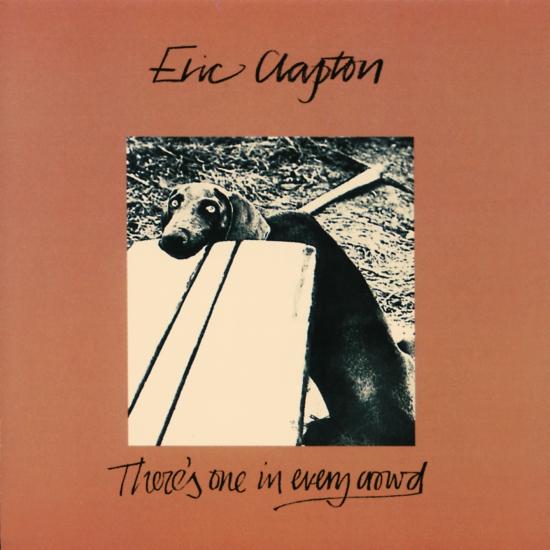 Info for There's One In Every Crowd

By 1975, Eric Clapton was coming off the smash success of „461 Ocean Boulevard“. If his last album was a cathartic release after coming out of a battle with drug addiction, then „There's One In Every Crowd“ was the first record where Clapton could catch his breath. Having become enamored with reggae after riding Bob Marley's 'I Shot The Sheriff' to the top of the charts around the world, E.C. chose to record in Kingston, Jamaica. Although recordings of Clapton with Peter Tosh first surfaced over a decade later on the „Crossroads“ box set, Slowhand successfully dipped his toe into the reggae pool by way of the loping beat of 'Don't Blame Me,' along with an infectious take on 'Swing Low Sweet Chariot.' (He even managed to add an impressive Jamaican patois to his vocal style). Elsewhere, Clapton returned to the roots of American music via straight-forward gospel ('We've Been Told [Jesus Is Coming Soon])'and blues (Elmore James' 'The Sky Is Crying' and Mary McCready's 'Singin' The Blues.') Clapton's bypassing of electric guitar for some vastly underrated dobro playing turned his self-penned 'Pretty Blue Eyes' and 'High' into gems often overlooked in his enormous canon. Out of print in the U.S.! Digitally remastered pressing of Slowhand's 1975 Sandwiched between the albums 461 Ocean Boulevard and E.C. Was here, „There's One In Every Crowd“ remains one of his finest solo releases. Standout tracks include 'The Sky Is Crying', 'Swing Low Sweet Chariot and 'Pretty Blue Eyes. Features guests Carl Radle and Yvonne Elliman.
Eric Clapton, vocals, guitars, dobro
George Terry, vocals, guitars
Marcy Levy, vocals
Yvonne Elliman, vocals
Carl Radle, guitar and bass
Dick Sims, piano, organ, keyboards, drums, percussion
Albhy Galuten, piano
Jamie Oldaker, drums, percussion
Recorded at Dynamic Sounds Studio, Kingston, Jamaica and Criteria Recording Studios, Miami, Florida
Engineered by Don Gehman, Graham Goodall, Steve Klein, Ronnie Logan, Karl Richardson, Carlton Lee
Produced by Tom Dowd and Eric Clapton
Digitally remastered