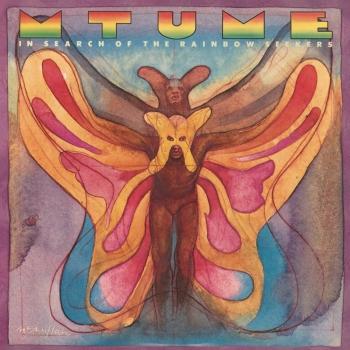 In Search of the Rainbow Seekers 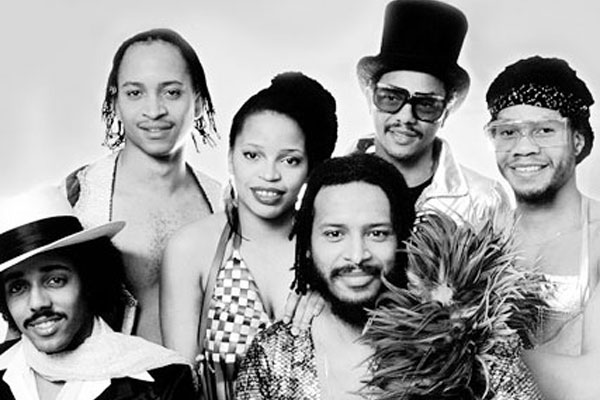 James Mtume
is a former jazz percussionist. From Philadelphia, the group's original line-up included Michael Henderson on bass, who would go on to a successful solo career and worked closely with Norman Connors.
James Mtume moved into Urban Contemporary and funk in the late '70's, and became one of the more successful producers and performers in both styles during the '80's.
The son of the great jazz saxophonist Jimmy Heath, Mtume was a conga player and percussionist who recorded and toured with Miles Davis and was featured on albums by the Heath Brothers, Sonny Rollins, Herbie Hancock, Joe Henderson, and Freddie Hubbard.
He even recorded as a bandleader for Strata-East before turning to funk in the late '70's.
Their first album, of this period, was released in 1977 and was entitled 'Rebirth Cycle', although there were two earlier albums for the Third Street label.
The album featured the vocals of Jean Carn and Dee Dee Bridgewater.
The following year came 'Kiss This World Goodbye' which contained the original version of 'The Closer I Get To You', later a hit for Roberta Flack and Donny Hathaway.
The album also featured 'Love Lock', popular on the U.K. rare groove scene.
Mtume were signed to Epic in 1980 while James was still writing and producing with Reggie Lucas.
Mtume / Lucas wrote and produced the 1980 Mtume album 'In Search Of Rainbow Seekers'.
They had a number one R&B hit with 'Juicy Fruit' for Epic in 1983 and a number two single in 1984 with 'You, Me and He.'
They recorded for Epic until the late '80's before, Tawatha Agee went solo in 1987.
Their final top ten hit was 'Breathless' in 1986.
Mtume also teamed with another ex-jazz musician, Reggie Lucas, who had also been in Miles Davis' '70's band.
They produced and / or wrote for such artists as Stephanie Mills, Roberta Flack and Donny Hathaway, the late Phyllis Hyman, Gary Bartz, Sadane, Lou Rawls, Rena Scott, and Eddie Henderson in the late '70's.
James Mtume worked on his own, as a producer, with several artists, among them Levert, Tyrone Brunson, Roy Ayers, Eddie Henderson, Tease, and Sue Ann Carwell.
Group member Howard King worked as a producer for Smokey Robinson.