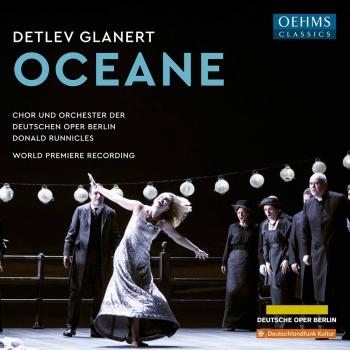 Donald Runnicles
is the General Music Director of the Deutsche Oper Berlin and the Music Director of the Grand Teton Music Festival (Jackson, Wyoming), as well as the Principal Guest Conductor of the Atlanta Symphony Orchestra. He was recently named Conductor Emeritus of the BBC Scottish Symphony Orchestra, having served as its Chief Conductor from 2009-2016. Maestro Runnicles enjoys close and enduring relationships with several of the most significant opera companies and symphony orchestras, and he is especially celebrated for his interpretations of Romantic and post-Romantic symphonic and opera repertoire which are core to his musical identity.
In the 2017-18 season, Maestro Runnicles will lead the complete “Ring” cycle at the San Francisco Opera, and returns to the Metropolitan Opera to conduct Humperdinck’s Hansel and Gretel. He also guest conducts the Philadelphia Orchestra, Dallas Symphony, National Symphony Orchestra, and the Toronto Symphony. In Europe and elsewhere, he returns to the Tonhalle-Orchester Zürich, Staatskapelle Dresden, BBC Scottish Symphony, and the Sydney Symphony for two subscription weeks. Opera productions include the world premiere of Aribert Reimann’s L’Invisible and a new production of Strauss’ Die Fledermaus with the Deutsche Oper Berlin, and Strauss’ Salome at the Hannover Staatstheater.
Donald Runnicles’ previous posts include Music Director of the San Francisco Opera (1992-2008), during which he led world premieres of John Adams’s Doctor Atomic, Conrad Susa's Les Liaisons dangereuses, and the U.S. premiere of Messiaen’s Saint François d’Assise; Principal Conductor of the Orchestra of St. Luke's in New York City (2001-2007); and General Music Director of the Theater Freiburg and Orchestra (1989-1993).
Mr. Runnicles' extensive discography includes complete recordings of Wagner’s Tristan and Isolde, Mozart’s Requiem, Orff’s Carmina Burana, Beethoven’s Ninth Symphony, Britten’s Billy Budd, Humperdinck’s Hansel and Gretel, and Bellini’s I Capuleti e i Montecchi. His recording of Wagner arias with tenor Jonas Kaufmann and the Orchestra of the Deutsche Oper Berlin won the 2013 Gramophone prize for Best Vocal Recording, and his recording of Janáček's Jenůfa with the Orchestra and Chorus of the Deutsche Oper Berlin was nominated for a 2015 GRAMMY award for Best Opera Recording.
Donald Runnicles was appointed OBE in 2004. He holds honorary degrees from the University of Edinburgh, the Royal Scottish Academy of Music and Drama, and the San Francisco Conservatory of Music.