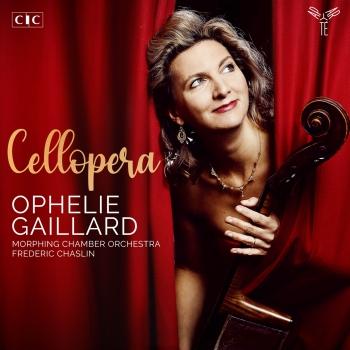 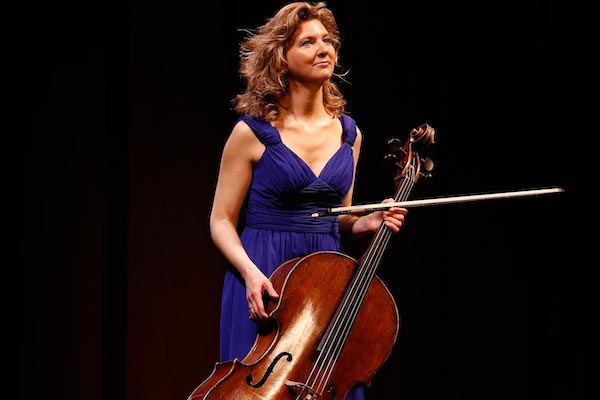 Ophélie Gaillard
Her “technical fluency is unimpeachable. Herintonation … is impeccable. She plays with a ripe, absolutely luscious tone. Her use of vibrato iscircumspect and period- appropriate. She isscrupulous about observing repeats and her use of ornamentation is elegant and understated. The fluidity and unself-conscious physicality of Gaillard’s playing keeps the listener aware that, except for the preludes, this is sunny, dance-basedmusic.”
So wrote the critic Stephen Eddins (Allmusic) of her recent Bach recording (2011), while back in 2007 The Times hailed her “wizardfingering, big lyrical heart and kaleidoscope of colours”.
An insatiable curiosity, a taste for risk, an immoderate appetite for the whole of the concertedcello repertoire, complete disregard of limits and petty quarrels: those are no doubt the features thathave always set this brilliant Franco-Swissmusician apart. Her passion? Working from the sources, inquiring into the text, using her virtuosityto bring out the musical discourse and make the music loved by all.
Named “Revelation: Solo Instrumentalist of the Year” at the French Classical Music Awards(Victoires) in 2003, she has since appeared in recital at many prestigious venues: Concertgebouw Bruges and Amsterdam; Bozarand Flagey, Brussels; the theatres of Bordeaux, Avignon, Poissy, Aix-en-Provence; the Théâtre du Châtelet in Paris; Oji Hall, Tokyo; London’sWigmore Hall; and so on.
She also performs works of the twentieth and twenty-first centuries, and has recorded, for instance, Britten’s complete Cello Suites and Piano Sonatas with Vanessa Wagner (Diapason d’Or, Choc du Monde de la Musique) and Pierre Bartholomée’s Oraison for solo cello.
Her solo album Dreams (Aparté) recorded in 2009 at the legendary Abbey Road Studios in London with the Royal Philharmonic Orchestra, proved to be a great public success.
Versatile artist, Ophelie Gaillard also regularlyperforms as a soloist with orchestras such as the Japan Philharmonic, the Royal Philharmonic, the Polish Radio Orchestra and the National Radio Orchestra of Romania, the Franz Liszt ChamberOrchestra of Budapest, the Moscow ChamberOrchestra, the Toulouse Chamber Orchestra, the Monte-Carlo Philharmonic Orchestra, the SlovakPhilharmonic Orchestra, etc….
Ophélie Gaillard has won several prizes in major international competitions, including, most notably, The third prize of the J. S. Bach International CelloCompetition in Leipzig in 1998. In 2010 she wasinvited to sit on the jury for the ARD International Cello Competition in Munich.