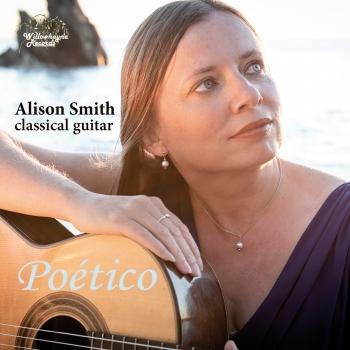 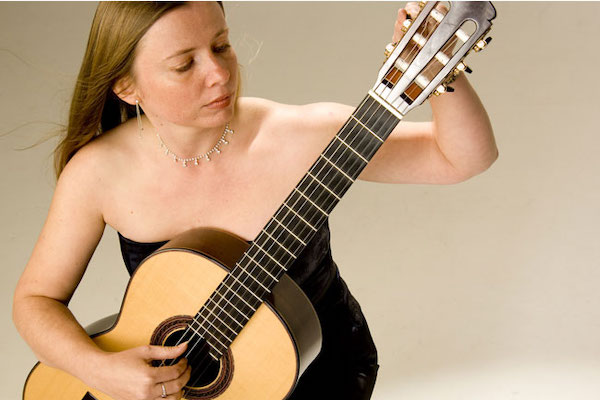 Alison Smith
The highly acclaimed British born classical guitarist Alison Smith has been described as one of the most exciting and lyrical guitarists to emerge in recent years. She delights audiences with her fluid technique and expressive playing, performing nationwide and in Europe at concert halls, festivals and has broadcast on national radio including BBC Radio 3 and BBC Radio Scotland. Alison has played eight times at the International Guitar Festival of Great Britain, where her performance was described as “enthralling.....demonstrated sheer virtuosity....superb technique and sensitivity”. After a concert in Germany, “the audience broke into tumultuous applause and gave another standing ovation to the young guitarist who had played her way into their hearts” Nortorfer Zeitung Germany, (Trans Fiona Bubbers)
Her CD Albums titled Recuerdos and Incandescent have been highly successful. She has recently been taken on by Willowhayne Records, to become one of their artists and has recorded a new album titled Poético, under their label,due to be released this Spring. Alison's CDs are distributed physically and digitally worldwide. CDs can be bought or downloaded from www.willowhaynerecords.com.
In 1995 Alison graduated with honours from Trinity College of Music, London. She was awarded the Grace Wylie Thesis Prize, a college scholarship and a scholarship from the Mary Datchelor Trust to enable her to pursue her Post-Graduate studies. She studied the Guitar with Gilbert Biberian and Nicola Hall and Piano with Raymond Banning. During her time at college Alison also performed on the violin. In July 1997 she was awarded a Distinction in the Post-Graduate Performance Certificate.
Alison taught guitar and coached chamber music at the The Royal Conservatoire of Scotland (formerly Royal Scottish Academy of Music and Drama) from 2002 – 2008 and lectured on Techniques of Teaching for the B Mus Course and has been a tutor at The Big Guitar Weekend at The Royal Conservatoire of Scotland. Alison has given performances and talks as guest artist at Plymouth University and is currently the appointed University Classical Guitar tutor for the BA Hons music course. She is Director of the Cawsand Bay Guitarfest 2019, a new exciting classical guitar weekend with Alison smith, Craig Ogden and the Eden Stell Guitar Duo.