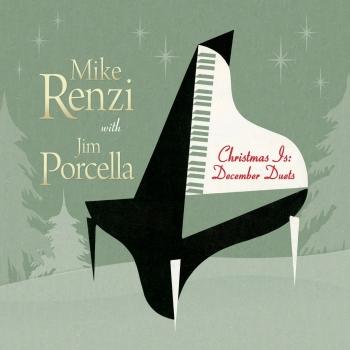 Jim Porcella
grew up in Medford, MA, and started playing drums at the age of fourteen. While attending The Berklee School of Music in Boston he began performing around the New England area. He began a jazz vocal career and has recorded seven critically acclaimed CDs performed in jazz and cabaret settings in the Northeast, London, San Francisco, The Virgin Islands and Vancouver. Jim was also the featured vocalist at Boston's Ritz Carlton and Boston's prestigious Bay Tower Room. He has been the featured vocalist with the Artie Shaw Orchestra, and is the leader of the swing band Bombay Jim and the Swinging Sapphires, as well as the lead vocalist in PrimaVera!, a tribute show to the music of Louis Prima and Keely Smith.
Michael E. Renzi
(known as “Mike Renzi”, born April 28, 1946 in Providence, Rhode Island) is an American composer, music director, pianist and jazz musician. He was musical director for Peggy Lee and Mel Torme for over 25 years. He is also friends and partners with jazz singer Cynthia Crane, with whom he has published a Christmas album titled “Our First Christmas”.
Renzi also has his own jazz group called “The Mike Renzi Trio”, which published an album together with tenor sax legend Ben Webster.